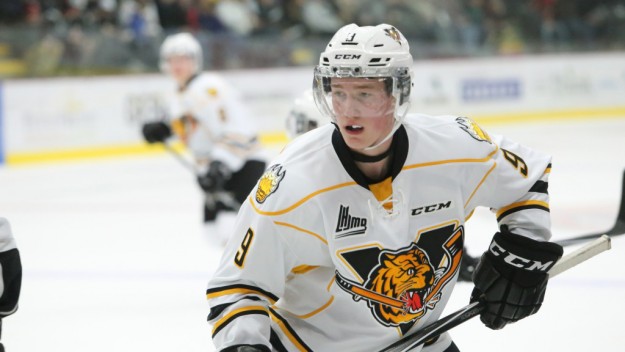 If there was ever a prospect who manages to go about his business without the kind of ballyhoo you’d expect from one of Quebec’s top amateur players, it’s definitely Pascal Laberge. The slick offensive dynamo went from being a top pick in the QMJHL draft to draft prospect obscurity, but a memorable performance at the CHL Top Prospects Game in January shed light on what’s been an excellent pre-draft season. Laberge can play both center and wing, although his ability to elude or confront detection and fire off a lethal shot with a quick release makes us think he’d be a tremendous compliment to a top-notch set-up guy.

Laberge is a good skater with a compact style yet strong enough to deal with a hit while maintaining possession. He keeps the puck close to his body, and his ability to change gears can catch a gambling defenseman flat footed. And while it’s cliché to say a skill player would be a devastating adversary with time and space on his side, Laberge truly is a player you don’t want to sleep on, as he unpredictable both with and without the puck. A true offensive threat who needs to get stronger and learn how to because an equal contributor in his own end.