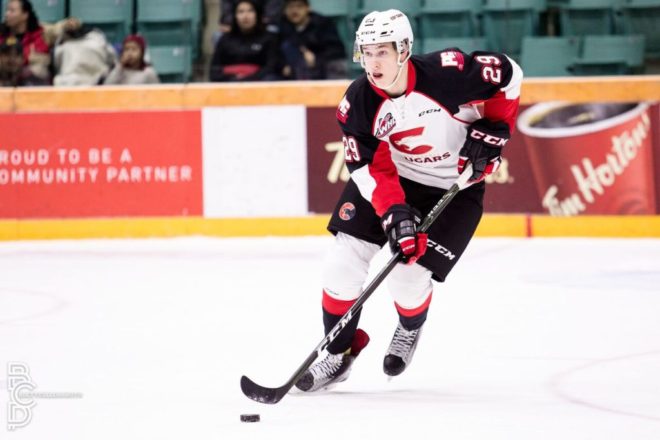 Enigmatic Russian import with strong puck skills who on paper had a solid pre-draft season despite struggling with consistency after a midseason trade to a deeper Prince George squad. Popugaev is a mammoth power forward with the kind of overall package designed to score goals in the modern-day NHL. His strengths are obvious the second he hits the ice, as he possesses a massive wingspan and a long stride that allows him to keep the puck away from chasing opponents. And while his shot-release combo is absolutely deadly, he can also make plays and find the open man with accuracy. Nevertheless, the effort isn’t aways there, and far too often does he come across as disengaged. He’ll never be the guy to use in a late-game faceoff or change the momentum of the game with physicality. Still, he is a dual shoot-pass threat who can be next to unstoppable when he feels like putting in the effort.