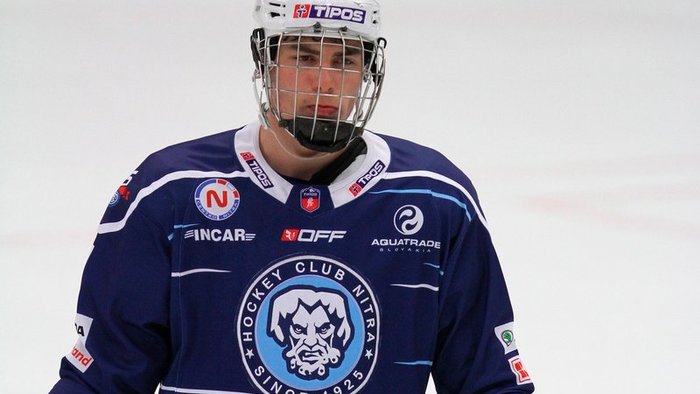 It’s been nearly 17 years since the last Slovakian-born defenseman was drafted in the first round, but Nemec is the odds-on favorite to change that. In fact, Nemec could very well become the highest Slovakian defenseman ever taken in NHL draft history. Between 1999 and 2005, five Slovak rearguards were taken in Round 1 but none since, with Branislav Mezei (1999) and Boris Valabik (2004) going the highest at 10th overall in their respective drafts. As fate would have it, the 42-year-old Mezei currently teams with Nemec on HK Nitra’s top defense pairing in Slovakia’s Tipos Extraliga.

To date, the right-shot Nemec has been an integral component for Nitra’s defense corps this season, averaging nearly 20 minutes a game and recording 16 assists in 25 contests to tie him for sixth among Extraliga defenseman. He’s also a prominent figure on several of Slovakia’s national junior teams, plus he’s earned a roster spot for the 2021 IIHF men’s world championship and 2022 olympic qualifier squads. Nemec garnered MVP honors at the 2021 under-18 Ivan Hlinka tournament (six points in five games) and led the shortened 2022 under-20 world junior championship in ice time with 25:43 per match.

Dec. 1, 2021: Nemec lived up to the lofty expectations bestowed upon him by dominating the Hlinka tournament in August, winning MVP honors and standing head and shoulders above all draft-eligible defensemen who participated. Although Nemec’s draft stock already was high to begin with, his confidence and visible on-ice leadership helped improve his chances to be the first defenseman chosen in the 2022 draft. From there, Nemec assumed his place on HK Nitra’s blue line, where he was slotted on the second pairing with 36-year-old Miroslav Pupak, a stay-at-home type. Nitra got off to an impressive 10-1-0 start, but after the first five games, Pupak eventually was bumped down to a lower pairing while Nemec saw his role increase with 37-year-old veteran in Ivan Svarny, who is more offensive minded.

The Nemec-Svarny pairing lasted nearly two months, albeit while Nitra struggled to piece together wins. This impacted Nemec’s ice time, as none of Nitra’s right-shot defensemen, including American-born Willie Raskob on the top pairing, could provide enough to earn dedicated minutes. But Nemec saw a massive ice-time spike when Mezei was out of the lineup for most of November, logging several matches with at least 23 minutes with extensive use on special teams. When Mezei returned in late November, Nemec replaced Raskob as his partner on the top pairing.

Jan. 12, 2022: Nemec’s production has been incredibly consistent regardless of factoring his youth and inexperience. He has never gone more than three games without registering a point, and he’s recorded four multi-assist performances in his first 25 games. To put this into perspective, Canadian right-defenseman Brandt Clarke, the ninth overall pick in 2021 who played in the Tipos Extraliga during the OHL shutdown, also posted four games of two points or more in his 25 games with Nove Zamky, but only two of Clarke’s 15 total points came in the first 12 games.

Nemec seamlessly transitioned back to the Nitra lineup after his standout two-game performance against Sweden and the U.S. at the under-20 world juniors, as the opinion is that he’s currently playing the best hockey of his young career.

Nemec is highly shifty and agile, using his multi-directional quickness to cover ground rapidly and achieve intended results. He isn’t a road runner with explosive speed, but Nemec absolutely loves to join the rush and is as much of a passing threat as the trailer as he is with the shot. Nemec has a quick first step and will anticipate puck travel to involve himself in battles anywhere on the ice. He can change directions multiple times in one sequence with or without the puck, and he’ll attempt reverses in the face of pressure without revealing panic, fear, or indecisiveness. These traits are critical in shifting momentum away from aggressive forecheckers, who after a few unsuccessful attempts to chase Nemec behind the net realize their overzealousness simply presents him with open ice to exploit while showing off his edgework. Being a confident decision maker in the skating and puck-handling realms allows Nemec to take the puck for a zone-to-zone rush that culminates with a clean, controlled entry with his head up to deal with the changing, often chaotic nature of an opponent’s defensive scheme.

Nemec is more a two-way defenseman than one who think offense all the time, but he’s highly capable of creating scoring opportunities and quarterbacking an effective power play. It appears as though his teammates know to not only give Nemec his space, but position themselves in opportunistic areas near the goal. That is partly due to Nemec being an excellent passer in both accuracy and effectiveness; meaning that he rarely settles for short-distance d-to-d passes or handoffs to a nearby teammate simply to avoid any opposing entanglement. Rather, Nemec will delay, then delay some more, all while pivoting or shuffling to open up multiple lanes for his favored seam pass to the weak side. Nemec, much like fellow Slovakian draft prospect Juraj Slafkovsky. does not need to be on his forehand to make these attempts click, and the clean and confident manner in which the duo orchestrate a power-play possession for Slovakia’s junior team is similar to any NHL-caliber unit.

Hitting the net with accuracy is critical to Nemec’s production, as his low, hard slapper with little backswing generates juicy rebounds. But Nemec is not much of a goal scorer or high-volume shooter, as he picks his spots to unload one rather than incessant fire-and-forget attempts. It’s possible for more shot attempts to be coached out of him, but the general impression of Nemec’s offensive game is that he’ll choose the pass over the shot more times than not. It should be mentioned, however, that there has been an uptick in Nemec’s shot generation this season, as he averaged 5.1 and 4.5 shots per game in small sample sizes during the under-18 Ivan Hlinka and under-20 world junior championship, respectively.

Nemec is a teenager still growing into his frame, so the effectiveness of his bodychecking, one-armed shoves, and pins along the boards all vary depending on the size of the opponent. But bigger forwards don’t necessarily get a free pass against him, especially in front of the net, where he’ll deliver a crosscheck or two and employ stick checks while maintaining his balance. Nemec displays excellent use and positioning of his stick whether he’s stationary or moving, and he keeps a tight enough gap to seal off puck carriers at his line or fix them away from the net and into the corner. He was used as a penalty killer more at the international level and less in league play, with occasional displays of tide-turning tactics centered on reads and stick use than using strength to gain a positioning advantage.

One observation regarding Nemec’s decision making relates to the defensive zone, where his overall situational awareness while defending the slot can vary from sound to reckless. Although Nemec is fairly reliable in actual slot coverage, the trick is getting him to stay there rather than continuously release to chase a puck carrier up to the blue line when his own forward is already positioned to cover the threat. This doesn’t mean that Nemec is susceptible to bait, but his desire to create turnovers and transition to offense can lead to unmarked threats in high-danger areas. It’s reasonable to chalk this up to inexperience, however, and Nemec usually is quick to retreat to the low slot and protect the net-front area upon realizing the disproportionality of low-to-high coverage.

Nemec is an intelligent on-ice leader with a high panic threshold who is capable of eating minutes and being used in any situation.  Although he can look overconfident when ladling blind passes into the middle or pinching while his partner already is down low, Nemec’s gambles are mostly reasonable with good intentions, and he is no different from any minute-eating, puck-rushing defenseman who occasionally gets victimized simply because of the law of averages. But examples of Nemec making an egregious mistake with devastating consequences are uncommon at the adult-league level and even more rare when he’s competing against his own age group. This is partly due to Nemec’s ability to patiently deal with complex situations such as an aggressive two-man forecheck or an ill-structured offensive zone possession that requires his immediate assistance. As we’ve seen in each of the last two seasons, Nemec can take a game over with simple plays rather than looking flashy — a telltale sign of maturity and composure.