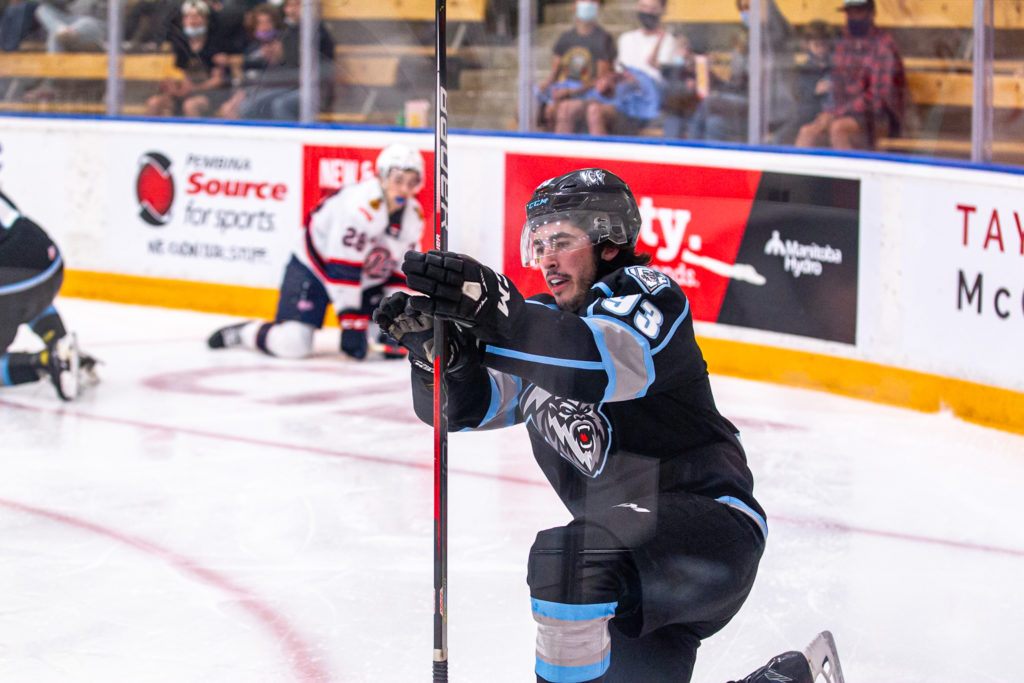 Destined for stardom from a young age, Savoie is a dynamic on-ice presence who consistently delivers under the spotlight, and he isn’t showing any signs of slowing down. Although fellow Canadian Shane Wright is widely considered to be hockey’s prized North American draft-eligible from the 2004 birth year, Savoie has done more than plenty to remain a close second and challenge to go first overall in the 2022 NHL draft. Not only has Savoie produced in league play in two different circuits, but he also performed as a featured prospect at high-visibility international tournaments, such as  2019 World under-17 Hockey Challenge and the 2020 under-16 Youth Olympic Games.

While Wright opted to sit out the entire 2020-21 campaign before playing last May at the 2021 under-18 world championship, Savoie spent time in two different leagues. He appeared in four games with the AJHL’s Sherwood Park Crusaders, then joined the USHL’s Dubuque Fighting Saints for the bulk of the season. But it was with Dubuque where Savoie’s elite skills put a tough, goalie-friendly league on notice by serving as a team leader and top scorer (38 points in 34 games) to earn a spot on the USHL’s First All-Rookie team. This season has been Savoie’s best, however, as he’s one of the WHL’s leading scorers while centering the top line for the best team in all of Canadian major junior.

Nov. 15, 2021: The start to the season couldn’t have been scripted any better for Savoie and his Winnipeg Ice. Cruising to a CHL-best 17-0-1 mark, the Ice boasts a deadly attack, with Savoie operating at the spearhead. His high-end skill has been apparent since his opening shift of the season, so it’s no surprise he’s tied for the WHL scoring lead with 29 points (8 goals, 21 assists) through Nov. 16.

Equally impressive has been Winnipeg’s seamless transition at top-line center from fan-favorite Peyton Krebs, who graduated to the NHL, to the 17-year-old Savoie. Usually flanked by two premier wingers in either Mikey Milne, Owen Pederson, or Connor McClennon, it can be argued that Savoie centers the best line in the entire league. It also should be noted that Savoie plays all over the lineup and was even double shifted a few times, so it’s not as if he’s being carried by veteran wingers. He’s already registered six games of three points or more, and Savoie has fired at least seven shot attempts in 10 of his 18 games.

If Savoie (and Winnipeg) keeps this up, the results should include nominations to Team Canada’s under-20 world juniors squad, a finalist for both WHL and CHL Player of the Year awards, and lastly, a berth in this year’s Memorial Cup.

Savoie is an excellent skater with breakaway speed, exceptional balance, and the ability to outmaneuver checkers when moving forward or laterally. Savoie needs only three or four strides to reach top speed and accelerate into open ice, and he looks both powerful and graceful as he charges into opposing territory. Deception plays a critical role in Savoie’s ability to create or exploit gaps in coverage, as he shifts gears constantly and can explode past defenders from an upright and static posture. Having soft mitts and hand-eye coordination create effortless zone entries, and Savoie’s wingers seem comfortable spacing themselves away from the line and into scoring areas, thereby allowing Savoie to weave and reverse direction until he finds a passing or shooting lane to his liking.

Savoie is a dual threat who usually avoids telegraphing his intentions. He’s as gifted a passer as he is a shooter, and a high level of creativity and flair is inherent in your standard Savoie scoring chance. Although he’ll force shots or passes on occasion, Savoie usually makes smart decisions with the puck, and he can be entrusted with running a possession from beginning to end. His shot can look elite one sequence and average the next, but Savoie can bring it with velocity from anywhere in the offensive zone. He’ll get a fair number of clean looks at the net in a given game, but only two of Savoie’s eight goals in 18 games through Nov. 16 have come at 5-on-5, and that includes consistent garbage-time shifts with Winnipeg dictating tempo.

Savoie is 21st in the WHL with 54 shots, which averages to three per game, but he’s had multiple games with at least 10 shot attempts. The low success rate may be attributed to a penchant for medium-danger attempts in traffic, plus the fact that he keeps hitting goalies in the crest from the prime areas. Still, Savoie’s shot has to be respected, and he’ll use slap fakes, pumps, and look-offs to exploit the seam, especially during the power play.

Savoie is on the smaller side, but he brings toughness, determination, and effective two-way play to every shift. He’s a dogged backchecker who will harass a puck carrier all the way up the ice, and he combines timely poke checks with hard one-armed shoves to either fix an opponent into the wall or corner, or force them into a rushed decision.

Savoie’s physicality in the WHL this season is less pronounced than it was last season in the USHL, and it would be fair to assume it’s a byproduct of being a key cog in Winnipeg’s attack combined with Savoie’s history with concussions — one against the Brandon Wheat Kings in 2019 and another last March from a Mason Lohrei hit that drew a lengthy suspension. Still, Savoie is a reliable checker with a high motor who kills penalties and can be effective at helping preserve a lead in late/close situations. He won’t shy away from contact and he covers the low slot without hesitation. On faceoffs, Savoie is operating close to 50 percent (142-for-285), but he was successful in 59 percent of his draws in 13 of his games and only 26 percent in the other five.

Savoie appears to bring a winning approach to every shift. His competitiveness, much like his vision and overall decision making on or off the puck, seems to come naturally. Isolating on Savoie in the defensive zone can be as noteworthy as when he’s in attacking in full flight. It’s one thing to be moving at all times, but Savoie’s positioning is driven by his desire to steal the puck rather than simply cover an opponent up high. His decisiveness is precocious, as Savoie usually is the first player to get to a puck’s landing spot and secure it for a speedy but calculated northwards advance. Simply put, Savoie thinks the game at an elite level and should rank high among the game’s top in-game puck managers.