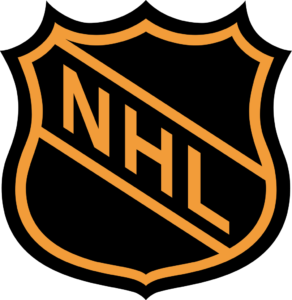 MTL–Mike Matheson (out 8 weeks from an abdominal strain, making Kaiden Guhle the No. 1)

OTT–Cam Talbot (out until early-November with a rib injury)

TB–Anthony Cirelli (out until late November with a shoulder injury)

–It was imperative for the injury-ravaged Bruins to get off to a good start without the likes of key leaders Brad Marchand and Charlie McAvoy on the shelf until at least December and do so under first-year head coach Jim Montgomery. And now you can add defenseman Brandon Carlo to the list, as he is out with an upper-body injury (possibly a concussion) after he received a jarring hit from Arizona’s Liam O’Brien in the second game of the season.

–The results thus far have been promising for the Bruins and bad news for all those bubble teams who were counting on Boston being the Eastern Conference’s most likely candidate to slip out of a wild-card spot. The B’s also have three games remaining on a four-game homestand.

–As expected, David Pastrnak (8 pts) and Patrice Bergeron (6 points) carry the offense, which scored five or more goals in each of their first four games. They’re also getting good play from center ice – they’re rolling four lines and Tomas Nosek is winning 60 percent of his draws to help out Bergeron

–They have two offseason acquisitions averaging a point a game – David Krejci, who came back to Boston after a stint in over the Czech Republic, has 2 goals and 3 assists for five points, with two coming on the power play, and former castoff A.J. Greer, who once was a top player for Boston University but bounced around a bit, has 3 goals and 2 assists in five games, and all his points coming at 5-on-5 with fourth-line minutes. Pavel Zacha is playing wing and has 3 points in 5 games, including

–The goaltending situation remains the two-headed monster of Linus Ullmark and Jeremy Swayman, but it’s been Ullmark who had the better start – 3-0-0 with a .938 save percentage and faced an average of 36 shots a game. Swayman has struggled in his two starts, one of which was in Boston’s lone loss – a 7-5 wild one in Ottawa in which Swayman was yanked after surrendering six goals midway through the second period.

–The schedule will get a little tougher, as seven of the next nine are against contenders, including three of four on an upcoming road trip.

After opening the season with back-to-back wins against fellow Western Conference contenders in Edmonton and Colorado, the Flames opened their season-long eight-game homestand by rallying past the undefeated Vegas Golden Knights with a 3-2 triumph on Tuesday night. It was a match in which Calgary held a decided edge in shot attempts (65%), high-danger chances, and hits over their Pacific Division rival. They had a bit of a letdown the following match on Thursday when on home ice the Sabres beat them 6-3 –the most Buffalo dropped on the Flames in the Saddledome since Nov. 8, 1987 (also a 6-3 defeat – Brett Hull had a hand in all three Flames goals that night but later that season was traded with Steve Bozek to St. Louis for Rob Ramage and Rick Wamsley). Nonetheless, Jonathan Huberdeau (4a in 4gp) and Nazem Kadri (1g, 4a in 5gp) are averaging a point a game or more, which helps hide the fact that Jacob Markstrom has been a sieve in his last seven starts dating back to the 2022 postseason.

The Sabres remained stuck in a playoff drought despite recent fast starts (they were 5-1-1 early last season and began 2019-20 with a 9-2-1 mark). But this year’s team has a different feel about them; mostly because expectations were raised after how well they played in the second half (they finished head coach Don Granato’s forst full season with a 16-9-3 record), but also because they’ve scored convincing wins over much-improved Ottawa and on the road against contenders Edmonton and Calgary. Leading the charge is defenseman Rasmus Dahlin, who’s on an NHL defenseman record four-game goal streak to start the season, and Alex Tuch picking up right where he left off, potting five goals in four games, and he now has 44 points in 54 games as a Sabre.

The whipping boys of the offseason are healthy, and they also don’t have a goaltending problem. At least not right now. This was discussed months ago while everyone seemed to be unloading on Vegas for unloading Max Pacioretty. So here we are, two weeks into the season, and the Golden Knights rank among the leaders in several team categories — much like their near-President’s Trophy-winning season of 2021. The organization seemed quite clear through activity and to the public that they were not going to accept a repeat of last season, and so far they results have been rewarding. No, the Knights’ schedule has not been challenging, and on Tuesday they were overpowered by the Flames  in Calgary for their lone defeat

Still, 4-1-0 sure beats the 1-4-0 mark they began with last season, and they did beat the Kings in the season opener. All their big boys are producing — Jack Eichel (3g, 2a in 5 gp), Jonathan Marchessault (4g, 1a in 5gp) and Alex Pietrangelo (5a in 5gp) are at a point per game. But the obvious factor has been the goaltending tandem of Adin Hill and Logan Thompson, who each own save percentages in the .930s,

The Rangers haven’t been perfect through their first five games. But man, can they move that puck. Each of the Blueshirts’ three wins have been convincing, full of highly-skilled possessions run by their deep pool of precision playmakers. Surprisingly, it was the winless San Jose Sharks who were the first to douse New York’s attack, but even in defeat, the Rangers managed to escape with an overtime loss thanks to Igor Shesterkin’s brilliance in a lopsided third period.  Artemi Panarin is off to a white-hot stsrt (3g, 8a in 5gp), and offseason acquisition Vincent Trochek transition as his center has been seamless. To nobody’s surprise, the Ranger power play

The Flyers and new-arrivals John Tortorella and Tony DeAngelo could be penning the opening chapter to this season’s feel-good story, although to some, seeing Philadelphia’s youth-heavy lineup bang out win after win may be too shocking a revelation to fully appreciate. In each of the previous two seasons,  it was substandard goaltending coupled with a lack of resilience when faced with early deficits which drove Philadelphia’s descension into the depth of the Metropolitan Division standings. But through four games, these Flyers have been anything but pushovers. They scored a stunning 3-2 victory over Tampa Bay on Tuesday, ending the Lightning’s 10-game winning streak in the season series and earning Philadelphia its third consecutive come-from-behind victory since the start of the season. Also critical to the Flyers’ early-season success has been their power play, which has scored in each of their first four games (4-for-16) after finishing the 2021-22 campaign with a franchise-worst 12.6 percent conversion rate.

The Wings are off to their second consecutive 2-0-1 start and have been one of the league’s stingiest defenses through three games. All that aside, trouble could on the way, as two of their best forwards — wingers Jakub Vrana and Tyler Bertuzzi — are unavailable for some time. This is when we will see if all of the offseason additions made by general manager Steve Yzerman will be worth the price he paid. Nonetheless, the Red Wings were playing well before a minor hiccup against Chicago on Friday, when they blew a two-goal lead in the third period and ended up losing 4-3 in overtime.

After being heavily outplayed in the season opener against the host Rangers, Tampa bounced back with a win a convincing 5-2 win in Columbus. But the Bolts have lost each of their last two games; one, a 6-2 thrashing in Pittsburgh and then a tough 3-2 loss to Philly in their home debut in which they blew a 2-0 lead and couldn’t solve Carter Hart. Steven Stamkos (6g, 1a) and Nikita Kucherov (5a in 6 gp) are doing their parts, but only three other Lightning forwards have scored since the season began, and they each have one apiece. They’re still in the green in terms of shot attempts, scoring chances, and high-danger scoring chances, and the power play remains deadly. But Tampa is shooting at only a 7.2 percent clip, which is second to last in the league. They play a huge game tonight in Sunrise against the rival Panthers, but the schedule lightens up a bit with the Islanders coming to town on Saturday before hitting the West Coast for three games in California.

The road has not been kind to the Ducks, who after winning their home opener went 0-for-the-New York Metro area in a lopsided three-game sweep, then dropped a hard-fought 2-1 shootout in Boston on Thursday. The presence of veteran backstop John Gibson was expected to be enough to keep the Ducks in games. But in their five contests through Thursday, Anaheim has been touched for 22 goals while surrendering over 40 shots a game; mostly by way of a leaky defense corps that isn’t transitioning the puck as well as expected.

It’s one thing to lose your first three games of the season at home, but even more alarming is Minnesota’s puzzling 6.67 goals-against average that’s attached to their winless mark. In going 0-3-0 at the start, the Wild has been outscored 20-10 in just their first week of regular-season action, so it should be no surprise that their much-maligned penalty kill – ranked 25th during last season’s 53-win campaign – has been torched for 7 power-play markers in their first 17 short-handed situations. Granted, all three defeats came at the hands of three contenders in Colorado, the New York Rangers, and Los Angeles, and all with injured winger Jordan Greenway remains out of the lineup. But putrid efforts in each of their first three homes games can’t sit well with a team that won 53 games a season ago. They got a boost with Greenway returning to the lineup for a back-and-forth 3-2 OT win last night against Vancouver, but the team save percentage of .827 remains the worst in the league.

The Sharks were swept by Nashville in the the two-game Global Series in Europe, then suffered home defeats to Carolina and Chicago, and then another loss in Queens against the Islanders on Tuesday – scoring two goals or less in each contest. It wasn’t until last night’s impressive 3-2 OT win over the Rangers at Madison Square Garden where San Jose could finally shed the winless tag, but the schedule will remain difficult for at least another month.

The Canucks’ season-opening five-game road trip was a disaster, with each of their first four losses coming after holding a two-goal lead or greater, and then blowing a third-period lead against Minnesota on Thursday to keep the team winless after five contests. Vancouver is finding inventive ways to lose games despite its season less than two weeks old, and blame can be levied equally. It’s also important to remember that head coach Bruce Boudreau was not given an extension after the fine job he did after taking over for Travis Green last December. Through Friday, the Canucks ranked near the bottom in special teams, save percentage, and goal against average, and five of their top-nine forwards have yet to score a goal, including Brock Boeser, who on July 1 signed a three-year, $20 million extension.