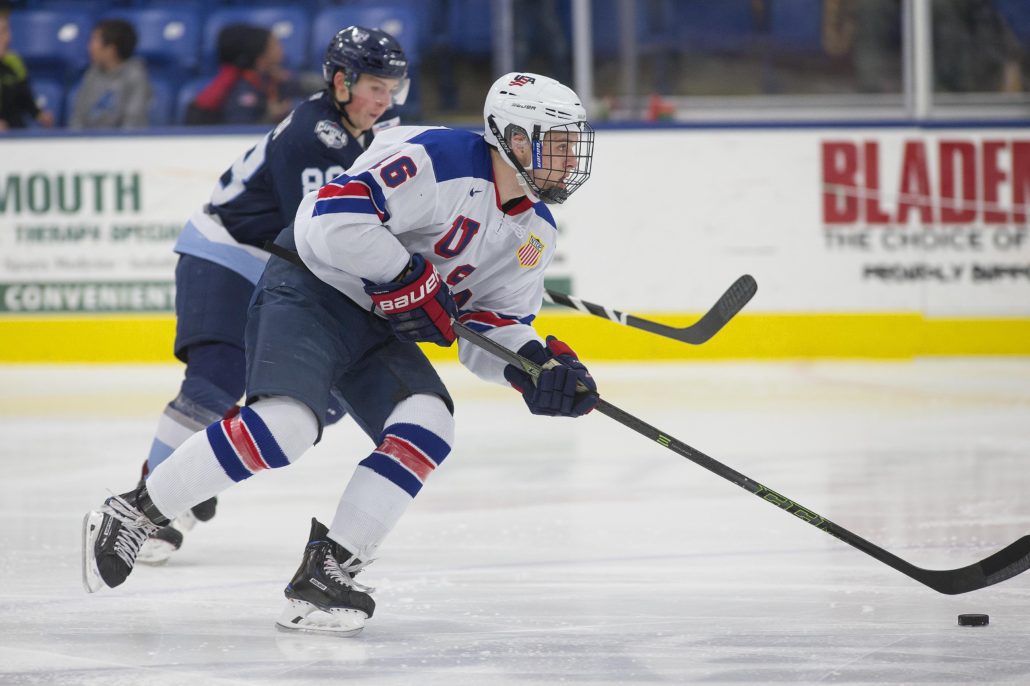 The NTDP was slow out of the gate before slicing through international competition like a hot knife through butter, and this power winger was a big reason why. Mismash, a North Dakota commit, is a dual-purpose threat who is money on the power play and in odd-man situations. He’s a tough matchup who battles hard and can wow you with slick plays close to the goal. Mismash is a dangerous player with the puck because you really don’t know whether he’s going to pass it across with accuracy or snipe it through the tiniest of openings. Without the puck, he’s a menacing force who likes to throw his weight around and get in the face of opposing puck carriers. Mismash is a physical winger with an excellent shot/release combo who can be a load to handle in the offensive zone, and his ability to fire pucks off the pass, especially on the rush, is among the best of his draft peers. His straight-line speed and first-step quickness are both above average, but he is tremendously strong on his skates and can barrel through a wall of opponents while keeping the puck. He can lose control of his emotions and take a significant amount of offensive-zone penalties, but toning that down is far easier than finding a goal scoring winger who buries his easy chances.

Scott Reedy & Grant Mismash are going to be a dangerous duo for @USAHockeyNTDP this season #WhosNext pic.twitter.com/XvcSV7IblW