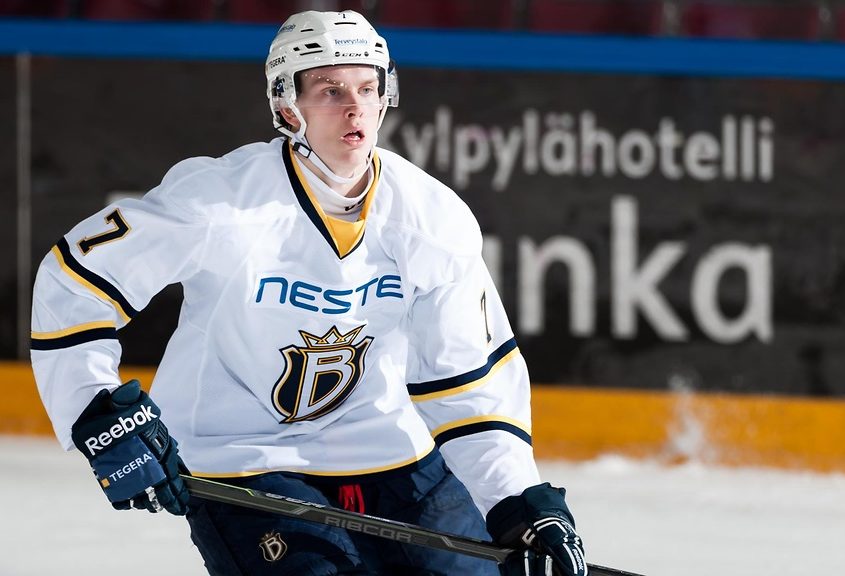 Vaakanainen is the latest edition of poised Finnish two-way defenders who seem to grasp the nuances of the position far better than the bulk of their peers. While it’s easy to compare him to 2016 NHL first rounder (and fellow countryman) Olli Juolevi, Vaakanainen comes across as more polished and reliable within the 200-foot game. A wonderful skater with a fluid stride, he is calm and steady with the puck, and will peel back in the face of pressure rather than force things. His passes are short, crisp and strategic, and he can use the boards with both precision and effectiveness. Vaakanainen has a hard shot and is being groomed to quarterback a power play, but we were more impressed with his play while anchoring Finland’s top penalty killing unit and refusing to float away from his slot responsibilities. He seems to have the puck on a string, and playing in Finland’s top circuit reveals a young man who is is clearly one of the most mature of any first-year draft eligible. Vaakainen won’t be a franchise rejuvenator all by himself, but we expect him to solidify one of the top two pairs for either a mediocre team or a contender.