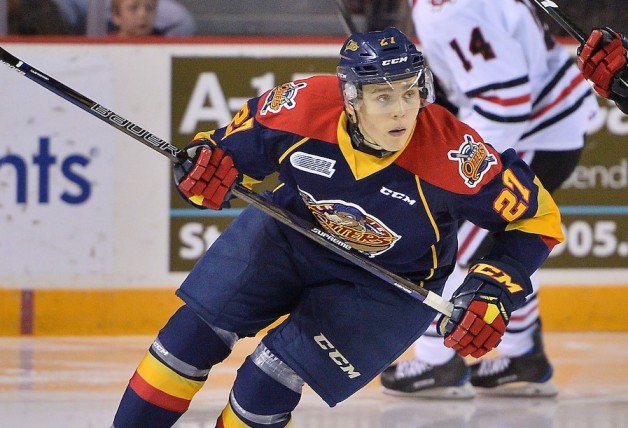 Goal-scoring puck magnet whose hard work and instincts helps him work his way into multiple quality opportunities. Lodnia’s stats are respectable (57 points in 66 games), but keep in mind he was fighting for ice time with Erie’s top line of Alex DeBrincat, Dylan Strome and Taylor Raddysh who combined for nearly 130 goals. Lodnia is just days from being eligible for the 2018 NHL Draft, meaning he has close to a full extra year of development over some of the top 2017 prospects. Lodnia is a quick, accurate passer who plays on the power play but can beat goalies with a full arsenal of shots, dekes and fakes. He never stops moving and has a hidden gear, and he seems partial to holding onto the puck in the face of a wall of defenders rather than an effortless dump and chase. He’s a very good skater with strong balance and built to endure the slogging matches, board battles and slot wars, yet he also has a touch of finesse to his game.