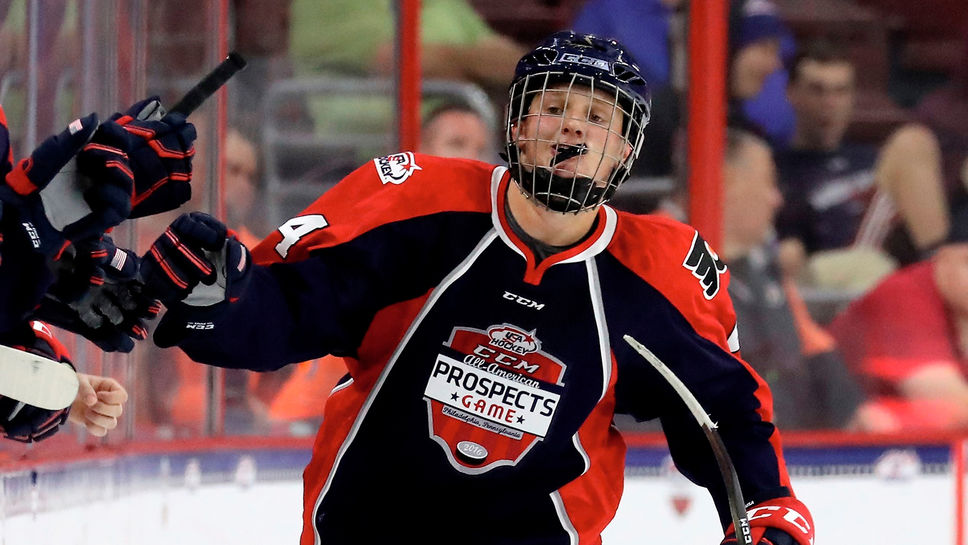 No draft-eligible player exemplifies infectious leadership the way this Minnesota-reared super scorer does, and there’s a strong chance Mittelstadt will end up within a select group of prospects to challenge Nolan Patrick for the top slot. Size, speed, grace, vision, power and enthusiasm are just a few words one throws around when dissecting his game, and it will be on display for the University of Minnesota in the fall of 2017. Mittelstadt is a money player with a deadly shot, using his size and lower body strength to step into it with NHL-level velocity. He can also make flashy plays and use a dizzying array of puck skills to turn defenders inside-out before threading the needle with a crisp pass. Mittelstadt can play both center and wing, but he exploits his acute sense for finding and acquiring pucks from either position. He led the USHL in scoring as a rookie before returning to high school, where his bid to lead Eden Prairie to a state AA title fell just short.