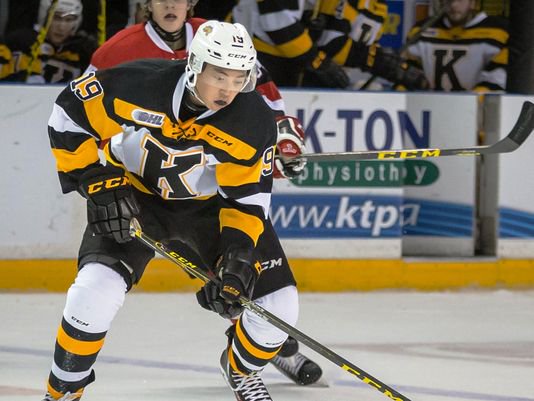 If skating wasn’t such a big deal, Robertson might have been a lock for the top five. He had an outstanding season for Kingston, leading the Frontenacs in both regular season and playoff scoring. His soft hands and quick release helped him tally 42 goals in 68 games — 29 at even strength — but he is far from a garbage-goal scorer. Robertson is a smart winger who not only knows where to positioning himself, but remain there regardless of the beating he’s taking. His skating and footwork are both average, but he’s a cerebral player who knows how to spin away from pressure and find the open man with a crisp pass. It’s imperative for wingers to make up for any lack of speed with an incredibly advanced hockey brain, and Robertson is certainly one of those players. A native Michigander who spent a year with the GTHL’s Don Mills Flyers, Robertson is one of the 2017 draft’s best pure goal scorers.