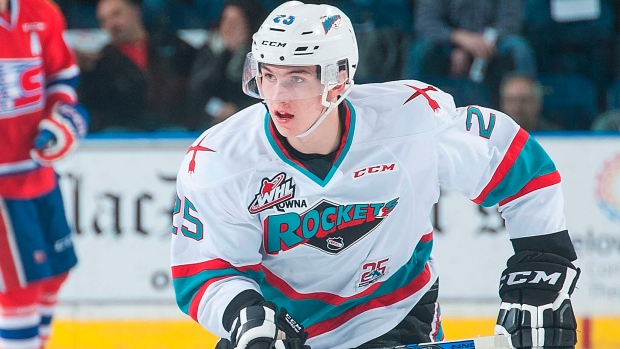 There are few players, if any, that can defend their territory and manage the puck within it better than Foote, whose father Adam won multiple Stanley Cups as a stay-at-home defender for the Avalanche in the 1990s. Callan, however, is a step quicker that Adam was and processes the game at an extremely high level. Watching Foote think and play at the same time makes you forget he’s still a teenager, and his hard, accurate shot that was used for Kelowna’s power play is hard enough to prevent goalies from controlling rebounds. He’s a reliable two-way defender whose simple game somewhat clouds how capable he is with the puck, but an end-to-end rusher is something he’ll never be. Nevertheless, he comes across as a goalie’s best friend — the guy who will clear out the crease without habitually screening him or tipping pucks into his own net. Callan plays with smart positioning, exhibits excellent instincts, quick outlet passes and occasional offense in the form of either joining a rush or stretch passes that split the zone.