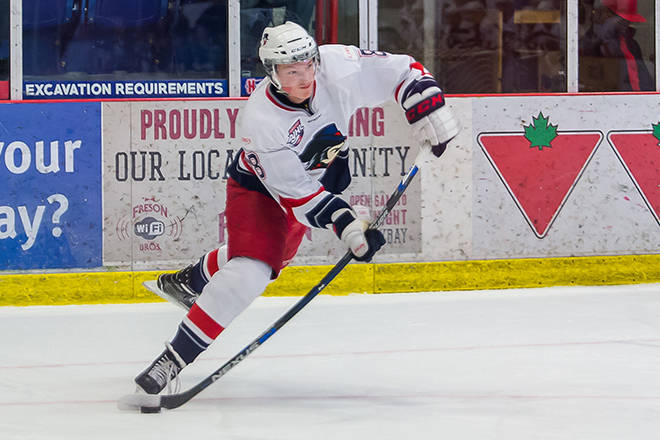 Dynamic two-way defenseman who torched Canadian Junior “A” by winning every major individual award, including top player in the AJHL and CJHL, plus MVP of the RBC Cup for a second straight year. Makar, who is committed to the University of Massachusetts-Amherst, is an explosive skater with a devastating first step. He commands all areas of the ice with or without the puck, and there is a noticeable fear in the way opponents attempt to defend him. Makar is blessed with an acute understanding of his job in any of the three zones, and he uses a variety of methods to beat back pressure. The way he defends is textbook, especially for a player listed under six feet. While he won’t win the proverbial arm-wrestling contest against bigger forwards, he’s highly competitive and relentless in the way he uses his stick. Quite frankly, his offensive skills are so sublime, you forget how painfully sound his defensive play is, even if it wasn’t against the best of North American major junior. He is the quintessential power play quarterback that can beat you with his accurate stretch passes, end-to-end rushes or setting himself up to unleash a monstrous cannon from the point. You can run out of superlatives trying to describe his game, and one can only hope his dominating performances at high-profile events like the RBC Cup and World Junior “A” Challenge quell concerns related to the level of his competition.

What a nice subtle bank pass by Makar. Kid was fantastic today against a very good team with some top older NCAA prospects pic.twitter.com/LegUJ1PQkh