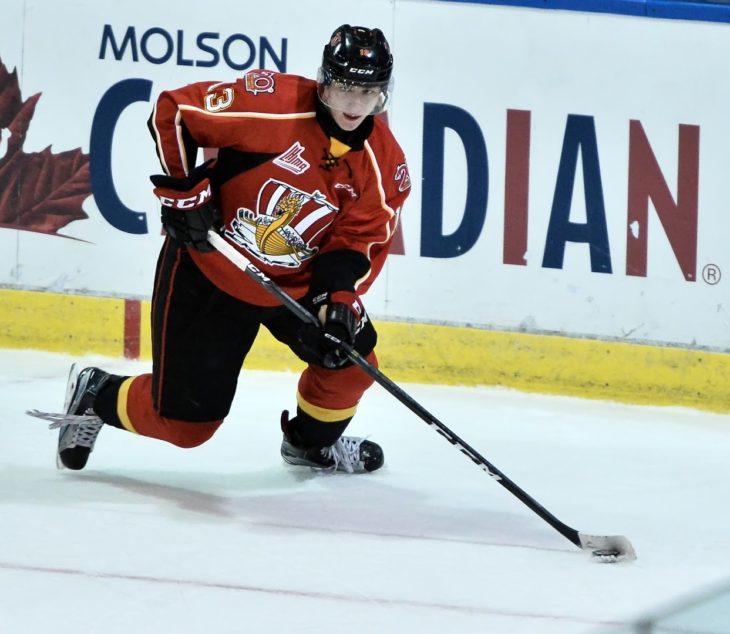 Chekhovich is a dynamic player with an array of puck skills who plays on the Drakkar’s top line and top power play unit. He’s very quick and accelerates to top speed faster than most of his draft peers. Chekhovich is a finesse player through and through, and he’s as dangerous around the net as he is on the rush. He doesn’t possess a blistering shot, but his release is quick and is confident to defer to the backhand. Chekhovich seems partial to the wraparound whiuch comes in handy when he’s consistently kept to the outside. He’ll make subtle plays in traffic to draw opponents away from the weak side, and his shiftiness is sharp enough to create wide open lanes to the net. His battle level is moderate and he likes the puck to come to him rather than win the battle on his own. His game breaking ability, however, is most certainly legitimate.