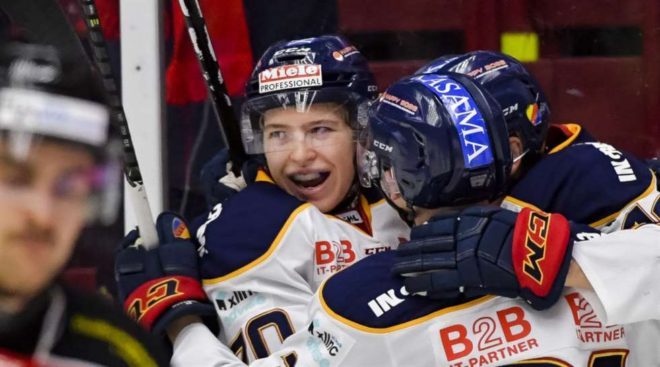 A speedy pivot and an absolute assassin near the net, Davidsson gets too much grief for having a poor international tournament resume. He’s always been one of Sweden’s better prospects for the 2017 draft, and he played practically an entire season with Djugarden’s SHL club, potting five goals and nine points while average under 12 minutes a game. Davidsson’s instincts from the good side of the red line are excellent, but he’s not all that physical. Beating opponents with speed and making plays off the rush are his most dangerous strengths. Davidsson is a talent with a wide range of puck skills that haven’t translated into points in Sweden’s toughest league, but the ability to create or fill the net is certainly there. He has an excellent shot and soft hands to handle tough passes, and he’s been known to deke and juke his way into tough areas for higher quality shots. He can play center or wing, but probably ends up on the flank thanks to a deadly shot that he can release in a hurry. He is a tenacious forechecker who finishes his checks and can kill penalties.