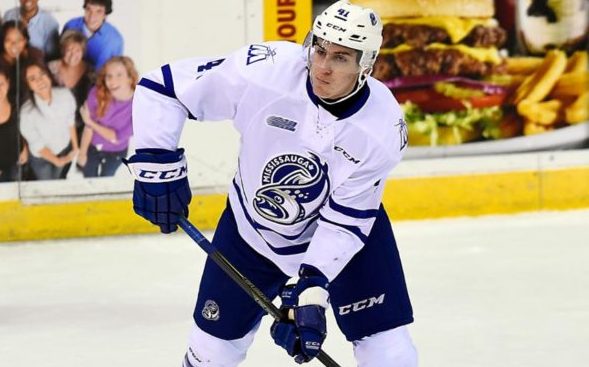 Mammoth puck mover with a heavy shot and decent foot speed who gelled with Mississauga’s talented lineup of scorers. It’s easy to classify Hague as a project, but that’s more for his play in his own end. He loves to join the rush, fill in gaps and taken risks deep in enemy territory, and he can hammer home one-timers from the circles on the power play. Not as physical as you’d want him to be, but neither was Brent Seabrook in his draft year. Like most young defensemen with size, Hague will take a while until he get his timing down. But he has an excellent shot and takes the kind of calculated risks their arsenal of young puck distributors can incorporate into the offense. Hague is very active in the offensive zone, especially with the man advantage, and his footspeed is good enough to double back in time to quell an odd-man rush.  He has a very active stick, maintains a tight gap and his one-on-one play improved as the year progressed. Not overly physical but a defender who can play with bite, Hague can be undisciplined, however, and needs to learn how to keep his emotions in check.