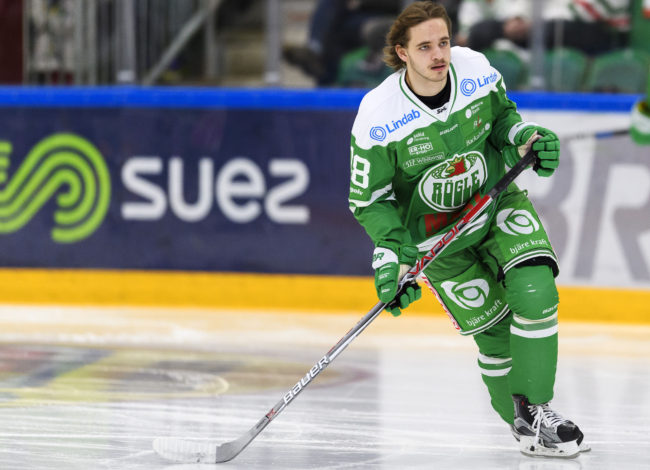 Swift-skating blueliner with a cannon of a shot who was a preseason favorite to challenge for first overall in 2017 before a bout of mononucleosis kept him shelved until mid-November. Liljegren is a fantastic skater, graceful and fluid in the mold of Scott Niedermayer. He has a quick first step, and his lateral movement and agility allow him to attack openings without fear of being trapped. While his understanding of play development within his own zone is a work in progress, Liljegren is a sound decision maker with the puck on his stick once he crosses the opposing blue line. There are occasions where he displays textbook one-on-one coverage and understands when to release from chasing, and his active stick and timely poke checks can save him from instances in which he overcommits or loses a step to an onrushing opponent. More of a shooter than a playmaker, Liljegren nevertheless can connect on the home run pass with pinpoint accuracy, although forcing passes in the face of a forecheck is an area he must improve in. He has star potential and could very easily end up as the most productive NHL rearguard among any 2017 draft peers.