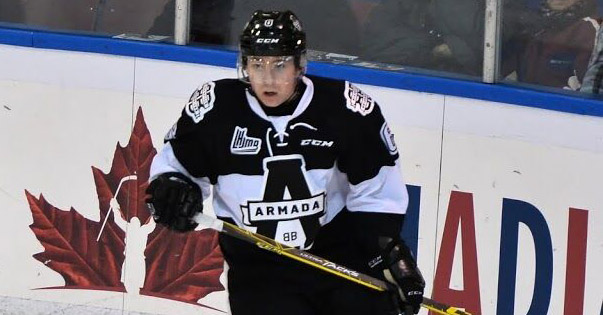 Oft-injured blueliner with good speed and an above-average command of his position. Crete-Belzile is a heady and poised rearguard who can be counted on to beat a breakout either with his speed or via hard, accurate passes. Things get complicated once he crosses his own blue line, but he’s reliable option to augment a puck mover on a first or middle pairing. He possesses average puck skills in terms of creativity, but he has a very good shot that he uses sparingly. Crete-Belzile is a safe player who isn’t in the business of risk taking in the offensive zone. He’ll pinch to keep a play alive and quickly retreat to his point rather than roll the dice on a carry deep into the corners. He’s used sparingly on the power play but stands out on the penalty kill, where his slot positioning and quick stick helps him break up plays around the net. Crete-Belzile’s footwork is quite sound — he usually maintains a tight gap and is agile enough to deal with a change of direction appropriately. He’s also a solid one-on-one defender and is strong enough to win puck battles on his own, sometimes against more than one opponent. Having a later 1999 birthdate means there’s just a bit more room to grow than the average 2017 draft-eligible defender, and the right environment and tutelage could squeeze more offense out of him. Multiple injuries, however, have limited him to two half seasons since being selected 11th overall in the 2015 QMJHL Draft.