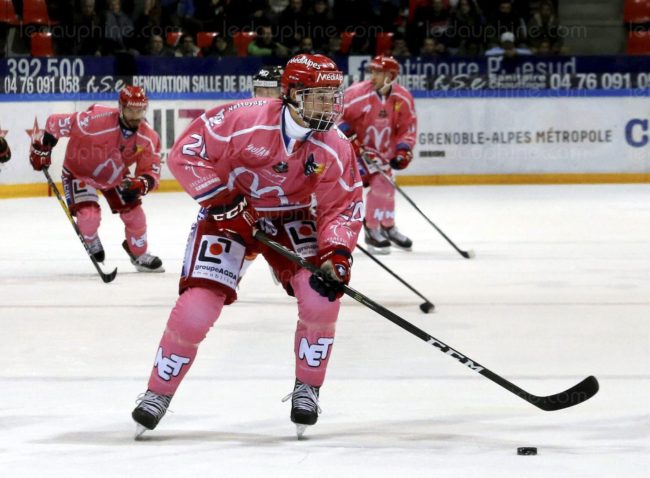 A lightning quick French teen who plays significant minutes in the French senior league, Texier is a dynamic offensive talent who is mature and can handle playing against older competition. You have to go back to the late 1980’s and former St. Louis Blues prospect Philippe Bozon to find a teenager from the French league with this kind of NHL potential. Texier is an excellent skater who can handle the puck and make plays off the rush. Rarely does he look overmatched despite being the youngest player in the circuit, and he finished as one of the top scorers (1g, 7a) at the Division IA under-20 WJC. His strong showing in the French league playoffs (10 points in 12 games after 19 in 40 during the regular season) helped his draft stock, but a shoulder injury kept him from playing in the 2017 World Championship. He is a very good stickhandler and makes quick directional changes with or without the puck. He rarely looks overmatched for a kid just days from 2018 eligibility playing against adults, mostly because he’s confident, strong and unpredictable.

#France: Check out the speed and skiils of C Alexandre Texier (2017/1999), who set up this game winner for Grenoble. Had a strong D1A WJC. pic.twitter.com/uhjZ8Mcxmj