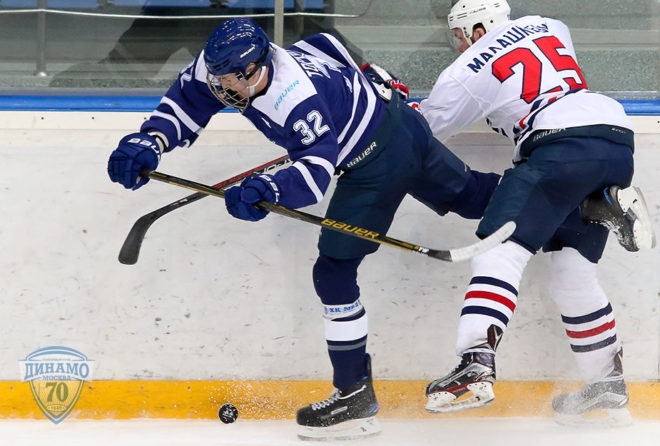 Toropchenko is super-talented scoring winger who uses his speed, length and tenacity to cause matchup problems. Spending most of his draft year in the MHL allowed him to maintain consistency, especially in the second half. He can make plays off the rush and is an inside player with a devastating change of pace. He makes his living causing havoc in front of the net, and his finishing skills off rebounds and loose pucks are among the best the 2017 draft has to offer. He played center sparingly, but being a goal scorer and top power play option didn’t prevent his coach from entrusting him with late game and penalty killing situations. As boom-or-bust as he seems, don’t be fooled by his poor international stats (three points in 16 games) — Toropchenko is both physical and has game-breaking skills with top-line upside.