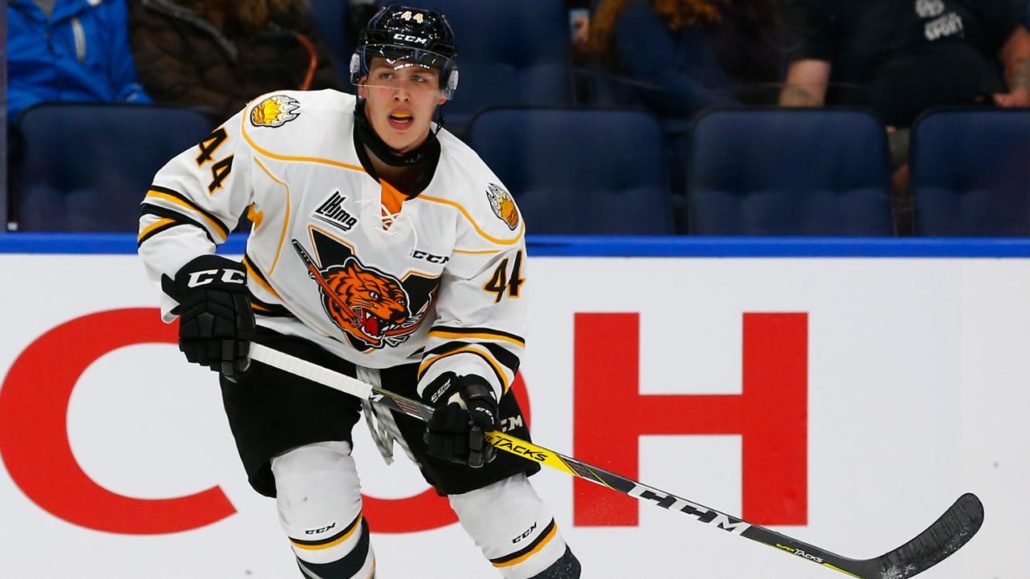 Polished power forward with a big-game resume who saw his stock fall after bad puck luck caused a dip in production, thus screeching to a halt his early-season hype train. Once considered a surefire lottery pick, Comtois saw his production drop from 60 points in his draft-1 season to 51, and he played far too undisciplined and out of control. Still, he’s a heavy-hitting power forward who has a nice touch around the net and can be entrusted in any zone at any time. His tenacious, in-your-face style and leadership abilities is what will endear him to playoff or contending teams looking late-first round for a key enabler rather than a centerpiece. Comtois is a smart player who moves very well for a kid carrying such a thick frame, and he’s an excellent penalty killer. Comtois is a versatile two-way player who is solid on faceoffs.