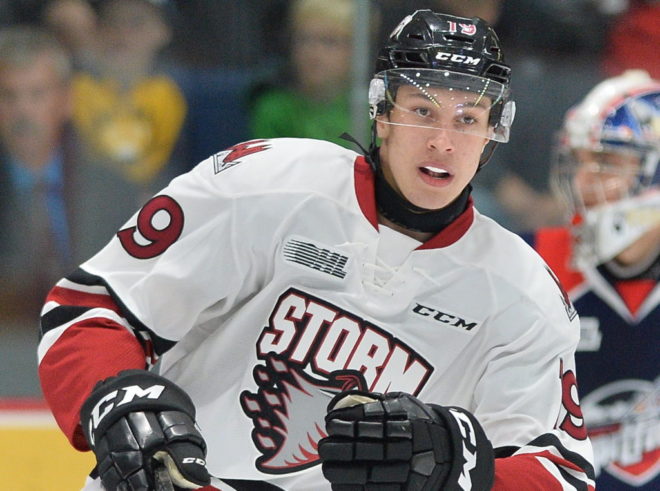 Ratcliffe bounced back from a injury that shelved him for nearly a 1/3 of last season with a team-best 28 goals — 21 that came at even strength. He’s a man-child who needs to fill out, but at 6’6 his skating looks anything but awkward. And I wouldn’t classify him as just a goal scoring winger. Ratcliffe has a pretty solid understanding of the offensive zone and can make nifty plays that turn into scoring chances. He’s definitely a power winger, and although his straight-line speed is average, Ratcliffe can maneuver in and around traffic and make plays, especially when surrounded or with limited time and space. He does all the little things necessary to stand out even if he isn’t creating or finishing, and he likes to use his strength to gain positioning. Ratcliffe possesses a hard, accurate shot with a quick release, and he consistently slips undetected into prime shooting position. There is legitimate top-six upside when you consider his puck skills and solid footwork.

Isaac Ratcliffe gets Team Cherry on the board. Follow along for updates https://t.co/Scgvk6uAUT pic.twitter.com/bcwPph2gyv