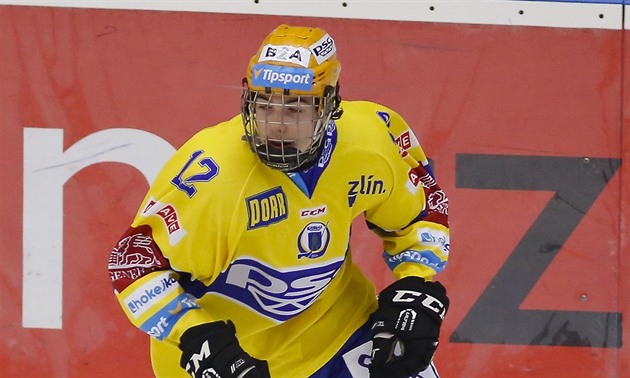 Chytil, a talented two-way forward with slick moves and strong balance, was a regular for Zlin in the Czech elite league and performed extremely well against his draft peers at the under-18 world championship last April. He’s an excellent penalty killer and likes to hang on to the puck rather than give away to facilitate his own safety. Chytil is a responsible player who plays the 200-foot game and is used on both the top power play and penalty killing units. He sort of reminds me of a bigger, thicker version of former Chicago Blackhawk great Steve Larmer in that he executes at a high level but without dazzling and mystifying the crowd into a frenzy. He’s got a thick frame and can be next to impossible to move off the puck, especially when separating himself from opponents in pursuit. Chytil also whips the puck around with accuracy and can complete difficult plays off the rush. Another thing that stands out is his intelligence, especially in regards to reads and positioning. He moves quite well and doesn’t require many steps to reach top speed.

#U18Worlds: Here’s Chytil racing up ice, and nice hands by Hladonik to finish from in tight. pic.twitter.com/pomYyQ1o4z