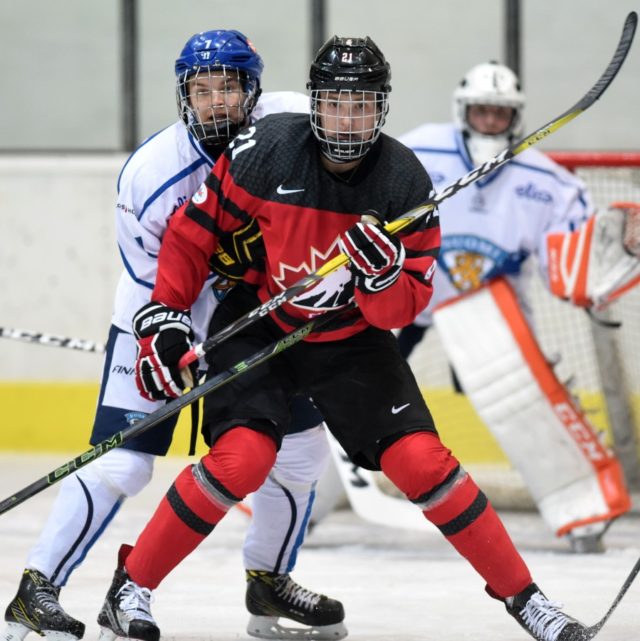 Big-bodied three-zone center who was among the leaders in WHL goal scoring before a broken wrist ended his season in early March. Rasmussen parlayed a productive summer Ivan Hlinka tournament into a white-hot start for Tri-City, scoring 20 goals in his first 24 games. He cooled off a bit before the injury, but still ranked among the top of CHL draft eligibles in goals per game. The downside? Most were scored on the power play, and as a center, Rasmussen in 50 games recorded only three primary assists during 5v5, and that was while playing on a good team.

Nevertheless, he’s an excellent two-way pivot who plays smart, plays physical and does what it takes to win. He is a decent skater in terms of speed and footwork, but Rasmussen displays tremendous balance and his soft hands to handle tough passes while moving as fast as he can. He plays an in-your-face style and is very physical, using both reach and upper-body strength to shove opponents off the puck and make neat little plays once he has it. Rasmussen’s strengths center on his physical attributes — length, wingspan, thickness, balance — but he’s highly cerebral and is rarely caught out of position. He’s a coach’s dream that can be used in any situation, including late-game draws, the penalty kill, low-slot duties on the power play and even shadow assignments.

Michael Rasmussen (@TCAmericans) receives a nifty behind the back pass from Cody Glass tying the game at two #TeamOrr #CHLTopProspects pic.twitter.com/pbntOAEy1m