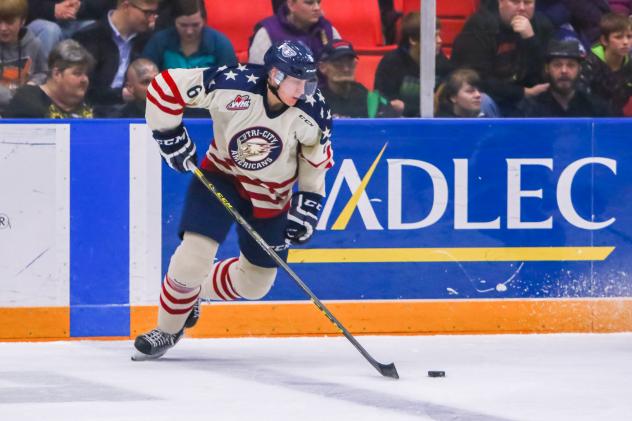 Big yet agile two-way defender who was a stalwart on the back end for a deep Tri-City squad. Valimaki led all first-year draft eligible defensemen in CHL scoring and is one of several talented Finnish blueliners in his draft class. Valimaki is a highly-skilled puck distributor who skates very well and loves to turn the tides with a quick-strike transition game. His puck skills and shot are both above average, and it should come as no surprise that his wheels, hands, size and vision makes him one of the favorites to be a lottery pick in June. He is capable of running a power play and will enter the zone with either speed or patience — he’s not a big fan of the dump and chase. If he chooses to throw the puck into the zone, it’ll be a subtle lob to make the defense turn their backs or a hard-around to prevent goalie interdiction. His defensive game is solid but he tends to wander from his own slot or get crossed up in coverage. His footwork is very good and he can close and seal-off in a hurry, plus his wingspan and active stick makes him difficult to dance around. Nevertheless, he doesn’t play with a whole lot of intensity and at times could look more like a defensive-zone passenger than a decisive, take-charge guy to snuff out a star opponent. A perfect option for teams in need of a middle-pairing anchor used for all late-game and special teams situations.