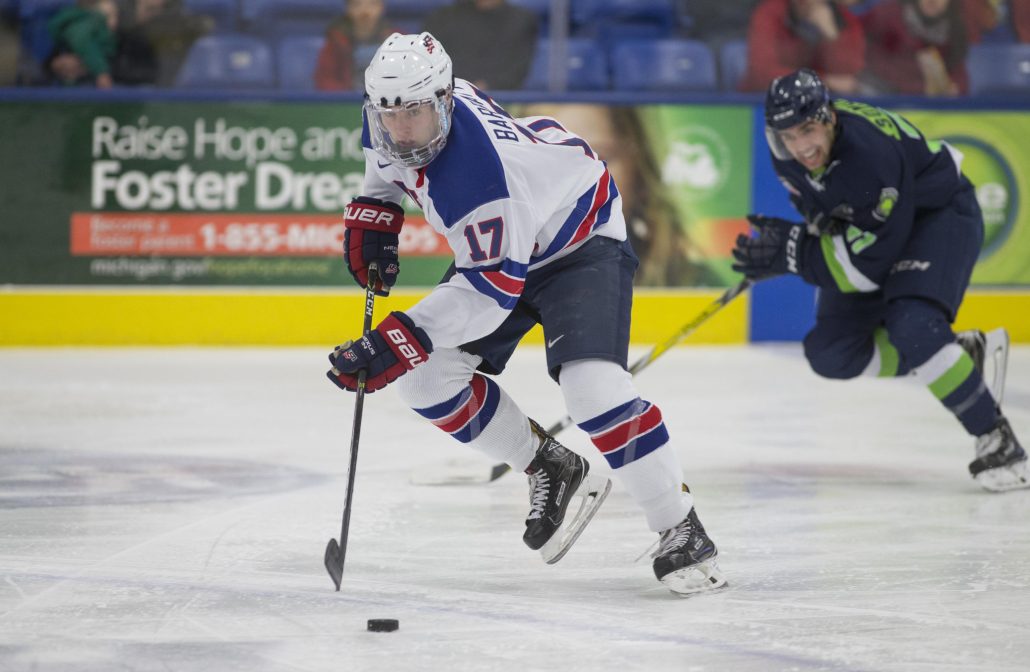 One of the better two-way forwards in the draft in terms of having a complete understanding of duties and responsibilities in the defensive zone. A Keystone Stater from Bristol, he’s a very good playmaker who produces at both even strength and on the power play. Barratt is a hard-nosed, 200-foot center with excellent vision, but he can also throw his weight around and be relentless on the forecheck. Barratt was one of Team USA’s top point producers at even strength, but his elusiveness and soft touch during the man advantage enabled him to create plays against static zone defenses. He owns a ridiculous wrist shot, and he’s quick enough to escape from a board battle and fire a quality shot on net — one that goalies have a tough time handling from any angle. Finishing around the net could be an area he needs to work on, but he can wear a defender down to the point where he will get multiple opportunities all on the same shift. He’s committed to Penn State, but his father Jeff is an assistant coach with the OHL’s Sarnia Sting and his draft rights belong to Flint.