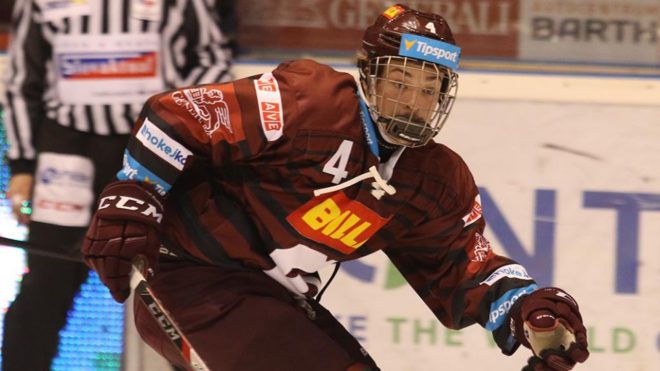 Slick 200-foot player who plays like he’s three inches taller and 20 pounds heavier. Kern has an assortment of ways to beat you — speed, vision, smarts, hands — and is a threat to create a quality chance any time he’s on the ice. He scored in his Extraliga debut but spent most of the season split between the junior and U18 squads. Kern is a dangerous penalty killer with excellent anticipation of plays, and it takes little to no effort for him to separate himself from opponents who were sloppy with their puck management. He has a hard, accurate shot but also possesses a neat backhand. He may look small and skinny, but good luck trying to knock him off the puck. Kern loves to battle in the corners and will fight for positioning in front of the net.