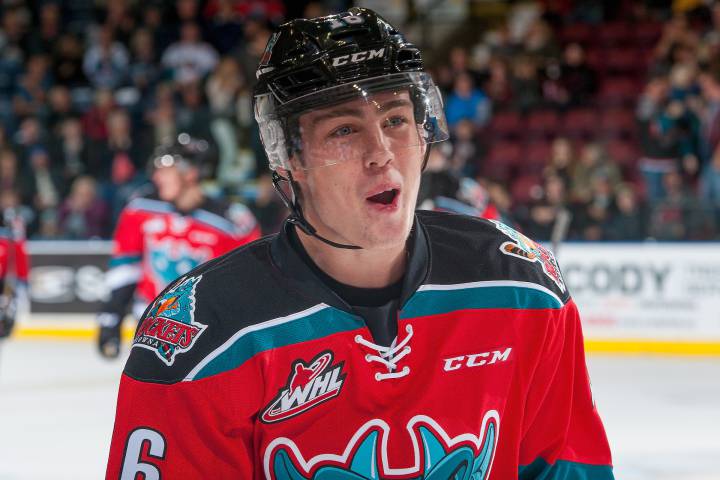 A feisty, quick winger with very good puck skills and an excellent shot, Lind is a dynamic offense-first forward with a developing two-way game who was a top-six mainstay for a very good Kelowna team. He looks both comfortable and confident controlling the puck, and you rarely seem him rush into a poor decision or trap teammates to save his own skin. This served him well on the power play, where he collected 21 of his 57 assists. Lind is a very good skater who covers a lot of ground on the forecheck, and is capable of rushing the puck from as far back as his own goal line. His balance, edges and agility make him difficult to contain, as he’s quick with directional changes that often catch defenders flat footed. This kind of footwork buys him enough time and space to wire a hard, accurate shot while going wide, or whistling one against the grain. His 200-foot game is evolving but positioning, coverage and picking up assignments are still works in progress. Lind can make plays off the cycle and release to a shooting position via a direct route, and though he likes to hit, getting stronger and holding ground around the net or along the boards are two areas he should work on.