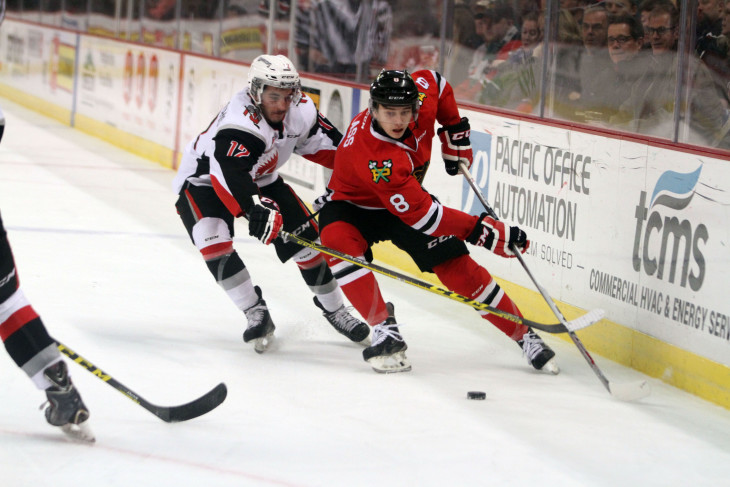 Terrific 200-foot pivot with strong hockey sense who finished with a team-best 62 assists and 94 points while centering their top line, anchoring the first power play unit and killing penalties. Glass was a preseason snub for Team Canada’s Ivan Hlinka squad, and hindsight says it was a poor decision as Canada’s streak of eight straight titles ended without as much as a medal. You have to figure the cut chapped Glass, who in 2017 played like a youngster possessed, ranking second among all CHL first-year eligibles in assists (62) and third in both primary assists (38) and points (94).

While his straight-line speed and first-step quickness are both solid, Glass also displays excellent footwork and balance, and is a hustler with a nonstop motor who will get in on the forecheck or pressure the heck out of power play point men. His transition game is outstanding, but a lot of it has to do with acute hockey sense and making the right reads, especially in the neutral zone. Glass is a lethal playmaker with keen vision, relying on instincts and soft hands to either hit linemates in stride or thread the needle from across the ice. His puck poise is off the charts, especially on the power play. But a hard shot with a quick release, plus a penchant for shooting accurately off the pass, makes him difficult to wargame. You don’t know what he’s going to do next, and this sort of indecision-inducing style has posterized many a WHL opponent. Far from a perimeter player, Glass can play physical and goes into dirty areas, albeit with varying levels of success.

#WHL: What a play/pass by Glass. This is what they mean by hockey sense. Portland scores 3 times in final 5:30 to beat Hart and Everett 4-3 pic.twitter.com/MQ21e1ni1u