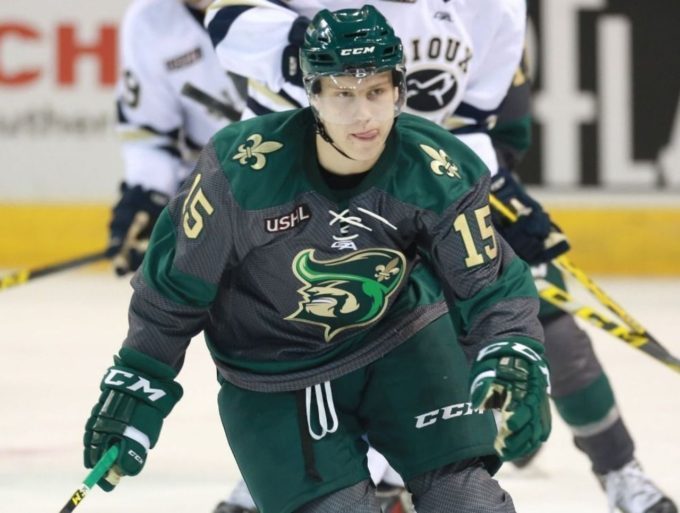 Finnish-born sniper with a lethal shot who’ll move on to Boston College after what should be a memorable USHL career. Tolvanen is an expert sharpshooter with a quick release, and his ability to pick corners off the pass is reminiscent of countryman Patrik Laine. Tolvanen doesn’t have Laine’s size, but he’s strong on the puck and escapes from the tough battles right into shooting position. He’s a strong skater who likes to speed down the wing before unloading a labeled shot. His ability to elude opponents and finish off the rush is unmatched by any draft peer, and the trend of shrinking NHL defensemen will only make it easier for him to exploit his dynamic offensive skills.