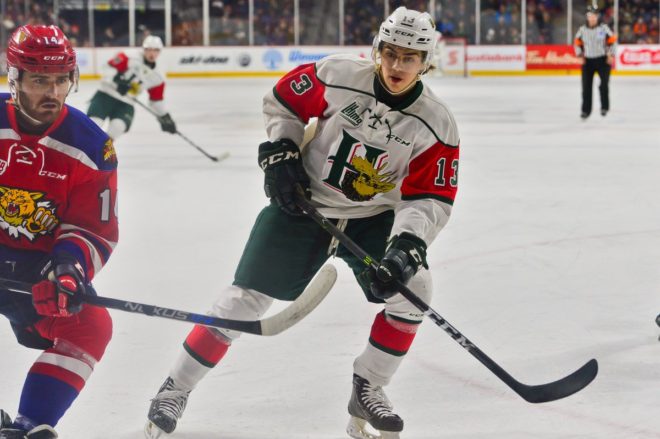 Phenomenal Swiss import who was every bit as advertised during a banner rookie season in the Quebec league. Hischier is an elite center with off-the-charts puck artistry and swift skating that combine into a lethal package. Sly and dangerous, he can strike at a moment’s notice. His agility and escapability are unmatched among draft peers, and at 18 years old his hockey sense is on par with the world’s best young players of any level. And he’s far from just a finesse player — Hischier is a fierce competitor who hates losing whether it’s a one-on-one puck battle or a seven-game series. He can kill penalties, lend support down low and do his best at physically moving opponent’s off the puck. Hischier has a good, accurate shot but it’s the way he fakes and jukes that makes beating goalies all the more simple. Blessed with sick hands, poise and a keen sixth sense, he is next to unstoppable once he takes the puck below the hashmarks. Is ready for the NHL as we speak and should be groomed for a leadership role as he ascends the ladder of stardom.