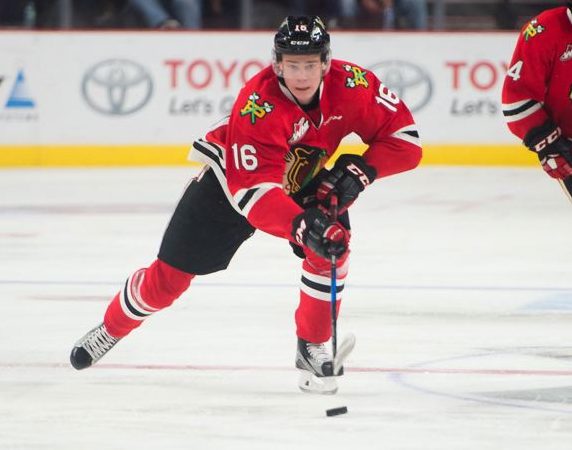 There are always risky picks, but Jokiharju’s limitations in size and strength doesn’t mean he’ll never get big enough to handle an NHL workload. Two things this Finn does well are skate and handle the puck, but his defensive zone play was quite good considering he was a first-timer in North America. Don’t sleep on this kid — he seems to relish challenges when the spotlight shines brightest. Jokiharju is a power play quarterback who skates very well and connects with his stretch passes, but also shows he won’t back down from a challenge while battling in his own end. That doesn’t mean he’s physical — Jokiharju will never be confused with Brooks Orpik. But he’s a poised character who can handle a heavy forecheck and skate his way out of most jams. His shot is somewhat average but he has a quick release and isn’t afraid to throw it at the net. He was buried on Portland’s bottom pairing because of a numbers crunch, but the departure of Oilers prospect Caleb Jones to the WJC saw a huge spike in minutes and level of responsibility. Jokiharju can log a lot of ice time and play extended shifts without skipping a beat, and it didn’t take him long to adjust to the rough-and-tumble WHL style.