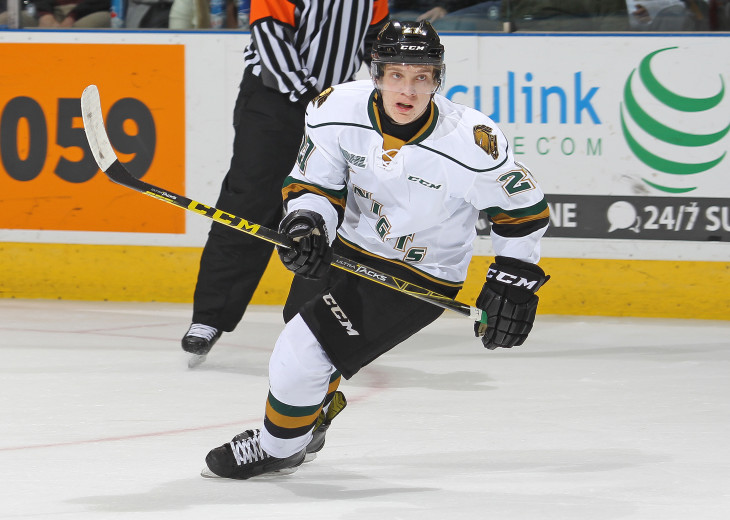 Playing for a perennial powerhouse in London has more advantages than disadvantages, but in Thomas’s case, you wish he saw more time than he did. When he was on the ice, however, this kid was outstanding in all three zones. One of the 2017 draft’s most dangerous players from a static position, meaning he doesn’t need time and space to carve you up. When it comes to understanding not only the game, but the critical role they play in it, only a few draft-eligible kids get it. Thomas is certainly one of them — a heady, creative center who makes the hard plays look easy. Fat chance he doesn’t make a name for himself in the NHL, but he’s the kind of kid that should be groomed to become either a coach or an analyst — he’s that smart. Pick a random game, and Thomas will stand out as either London’s most dangerous forward or its most responsible, or both. He skates well and is a reliable checker, but his puck distribution skills and hockey sense are off the charts.