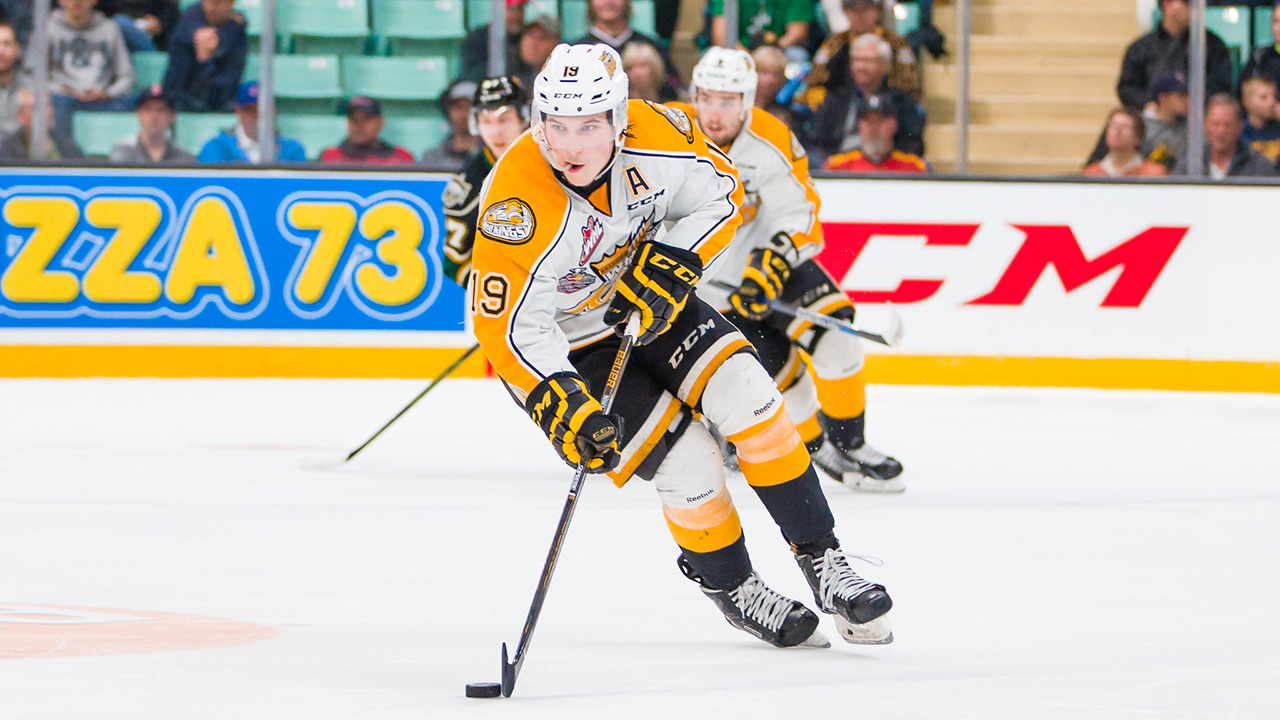 A big-bodied center with franchise upside, Patrick is an intimidating force with the ability to threaten a defense with both world-class vision and elite goal-scoring ability. He fits the mold of a power forward, but Patrick uses his puck skills to intimidate rather than with brute strength. A gifted artist who never tips his hand, Patrick is an above-average skater with a deceptive change of pace who makes minced meat out of an over-committed defender and the goalie who eventually is forced to confront him. He owns an excellent shot that can find the smallest of openings and his release is already at a pro level. A two-way forward who plays a 200-foot game and lends support to his defensemen, Patrick has dealt with several injuries over the course of his junior career, to include a nagging groin issue that kept him on the shelf for most of his pre-draft campaign. Is he a cornerstone building block? You bet, and don’t think for one second he’s not ready for an immediate, post-draft jump to the NHL.