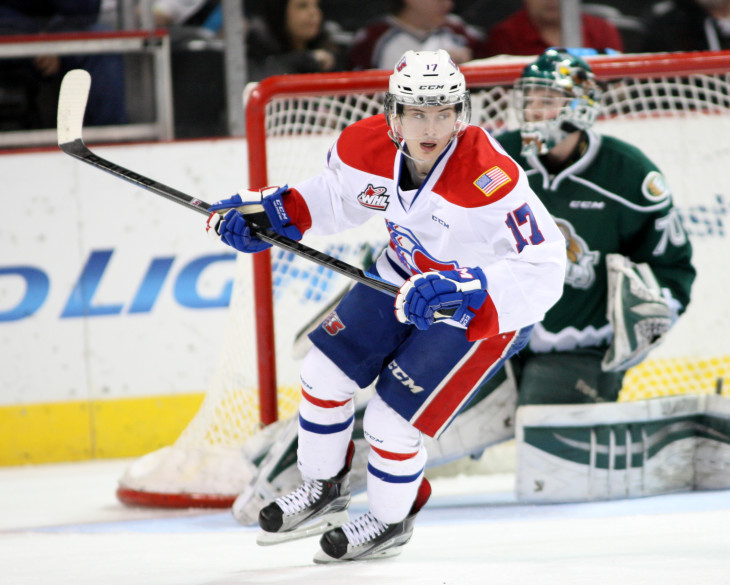 Yamamoto has been a notable 2017 draft prospect for a few years, and in 2017 he piled up points in what was his third WHL season. Small in stature but a giant when it comes to creating plays, he has an extremely high IQ with vision already at an elite level. An undersized yet scrappy winger, the native Washingtonian led all CHL first-year eligibles in scoring with 99 points in 65 games. He’s performed well for Team USA at several international events and dazzled onlookers with his performance at the CHL Top Prospects Game. Yamamoto is a fluid and graceful skater who skates with his head up at all times, and his ability to snipe off the rush or make precision passes makes him next to impossible to defend. He isn’t big, but he plays with bite and on occasion will duke it out with bigger opponents. Yamamoto’s silenced critics before, so don’t be surprised if he continues to do so after he’s drafted in or close to the first round.