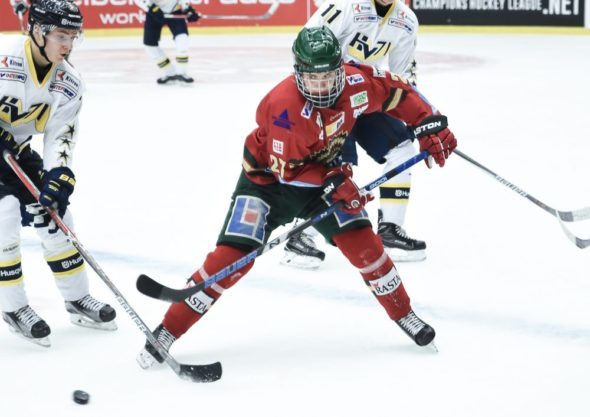 Ikonen is a dynamic playmaker with top line upside who excels in all three zones. He’s an inside player willing to take whatever punishment awaits as he dangles and spins his way into the tough scoring areas. Ikonen has excellent balance and is a strong puck carrier who can make high-percentage plays either off the rush or after collecting loose pucks during board battles. When the puck is on his stick, you get a sense that he wants to be in command and dictate the tempo, especially on the power play. Ikonen is both fast and incredibly shifty, going full bore to hunt down pucks off the forecheck and stopping on a dime with his head up. He’s a strong competitor and is the last kid looking for a line change as his motor enables him to maintain the same compete level from the beginning of a shift to the very end. He has an excellent shot with a quick release and is capable of being more than just a pass-first pivot. He centered Frolunda’s top line, displaying chemistry with fellow 2017 draft eligible Kristian Vesalainen.