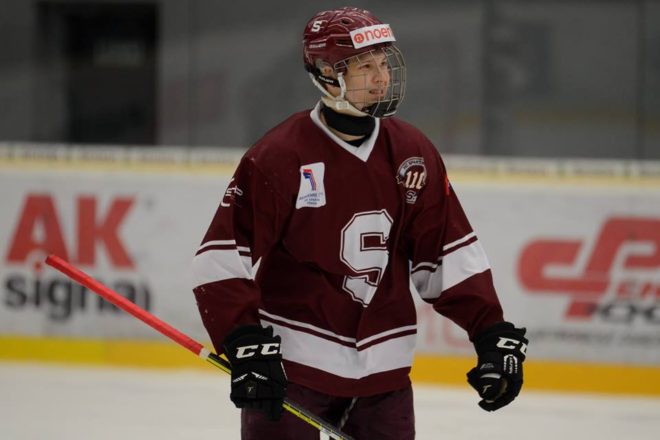 A big man with agility and first-step quickness? Sign me up! This draft doesn’t have as many goal-scoring power forwards as a year ago, but Safin is one of the few 1999’s who’s played well enough to earn a senior league promotion. He’s a big kid who fills the lane and can really overpower opponents. It almost unfair when he’s as the ice — he skates very well for his size and can be impossible to knock off the puck. A skilled power forward who skates well and has a very good shot, Safin checks a lot of blocks for what you’d want in a modern-day power forward. One aspect of his game that stands out is the way he can maintain balance and control the puck while extending his lengthy reach. Safin has extremely strong wrists and fires a hard shot with a quick release whether off balance or from his back foot. Safin is a very good skater for his size and possesses a soft set of hands, and he is capable of making neat little lead passes while absorbing hits. He’s looked good at several international tournaments, including the U18s where he collected four points in five games.