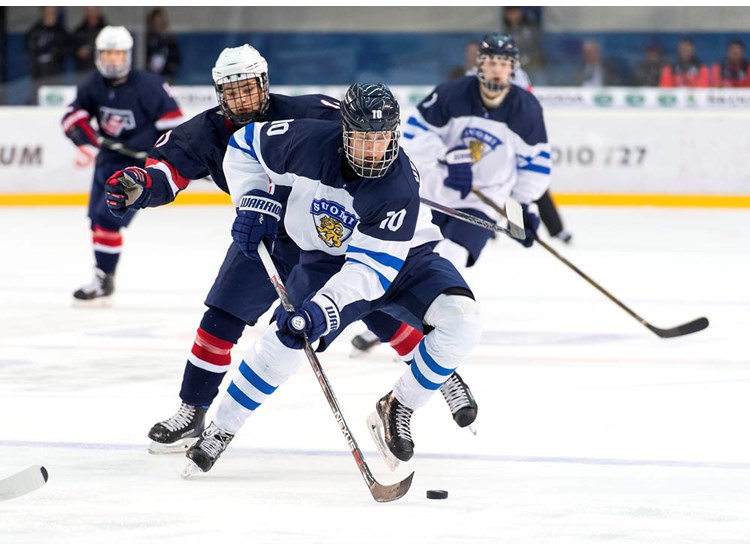 Add Vesalainen to the list of preseason favorites who either dealt with injuries or struggled producing in a senior league. In his case, it was the latter, as an early ride on Frolunda’s top line quickly turned into a stint in a Finnish junior league before closing his season out in the Superelit. The bouncing around was compounded by a sluggish WJC, but to Vesalainen’s credit, he bounced back in the J20 playoffs with a string of dominating performances, followed by winning the MVP of the under-18 world championship. He’s a goal scorer with size, strength and very good vision, but like most power forwards, Vesalainen goes through periods of inconsistency. But pairing him with a pass-first playmaker likely bears the results you expect from a player with his skills and an NHL-ready build. He’s a tough winger who is a dual shot/pass threat and uses his size and strength to overpower opponents. Vesalainen possesses a long powerful stride, and his lateral quickness and shiftiness with the puck make him difficult to contain. He’s got incredibly soft hands and poise with the puck, and both skills are evident the way he handles passes and gains the zone via a bull rush or controlled entry.