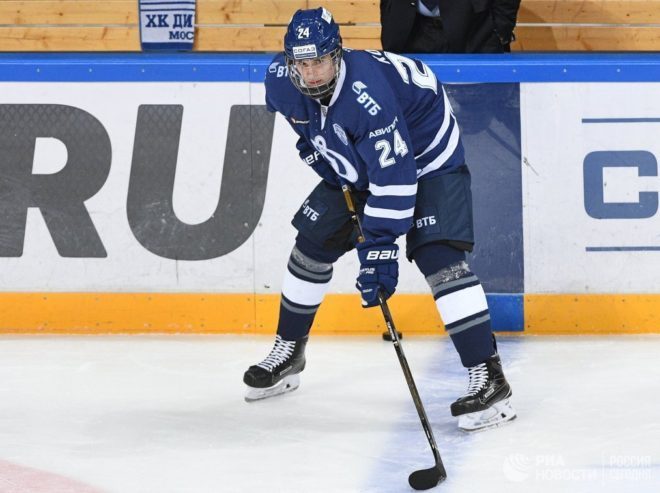 Limited ice time in the KHL, followed by a season-ending shoulder injury during an uneventful stint in Russia’s VHL quieted the hype surrounding one of the top specimens for the 2017 draft. It should be noted, however, that Kostin — the top pick in the 2016 CHL Import Draft — has an excellent international resume, including a dominating performance at the U18 Ivan Hlinka in August. He’s a power forward with excellent hockey sense and a solid understanding of play development in all three zones. Kostin is just 18 years old, but his age is just a number, as he exudes the kind of confidence and competence seen in players three or four years his senior. He is a very good skater with strong balance, fantastic footwork and agility. Kostin is sound at protecting the puck, and his playmaking proclivity is just as impressive as the way he can get maximum velocity on his pro-level shot. Kostin seems to enjoy creating for his linemates as much as using his sturdy frame to violently separate opponents from the puck. He plays with a clear understanding of the game, but he does so with bite, snarl and a seek-and-destroy mindset. A wonderful talent that plays with an edge and sets a fine example for his teammates to follow.