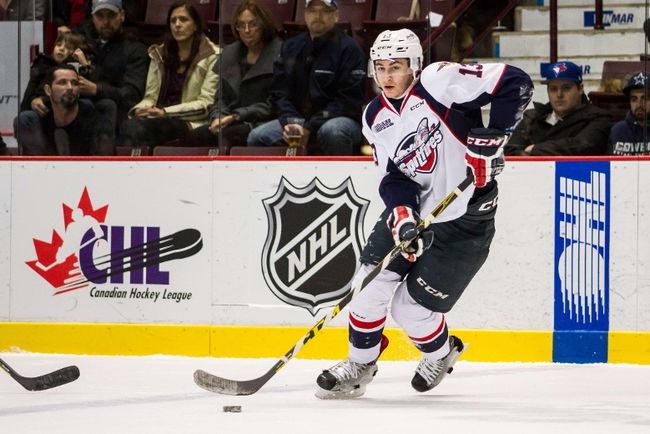 Cerebral playmaker and student of the game blessed with exceptional puck skills and the size to enhance them. Vilardi has played wing most of his pre-draft season, but he’s a natural center who kills penalties and is used in all critical game situations. He owns an deadly shot in both accuracy and velocity, and his long reach doesn’t precent him from finishing within close proximity of the goal. You can make a strong argument for Vilardi being this draft’s best stickhandler, and he maintains control of the puck regardless of whether his zone entries are calm or violent. He is a gangly skater with average foot speed from a mobility standpoint, but his long reach when combined with his phenomenal IQ makes him difficult to contain off the rush. Vilardi plays with bite and doesn’t back down from a challenge, He will stand up for his teammates and displays leadership qualities despite being one of the younger players on a veteran team. There aren’t many players in this draft with legitimate top line upside, but Vilardi is certainly one of them.