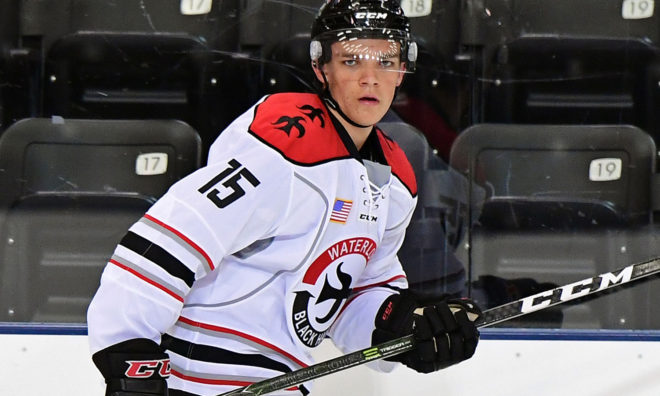 Smart two-way center with speed who was a top QMJHL draft pick but chose the USHL to pursue a stint with Boston University. Bowers is a bit underrated since he processes the game at high level and has the quickness to impact play in all three zones. He’s a highly-intelligent 200-foot player who is responsible with the puck, but he plays with an air of dynamism to compliment his many puck skills. Bowers can create or finish plays on the rush, and is very crafty and creative. He makes difficult plays look easy, especially in traffic while acting strong on the puck to handle harassment as he’s controlling in tight spaces. Bowers looks to slip away into an open area with the hammer cocked, as he owns a lethal shot and can fire it with accuracy even if the puck is behind, in front of or in his skates. He’s deceptive on zone entries as he can use a speed burst for a cage rush, or slow it down and dump it off to a cutter or trailer