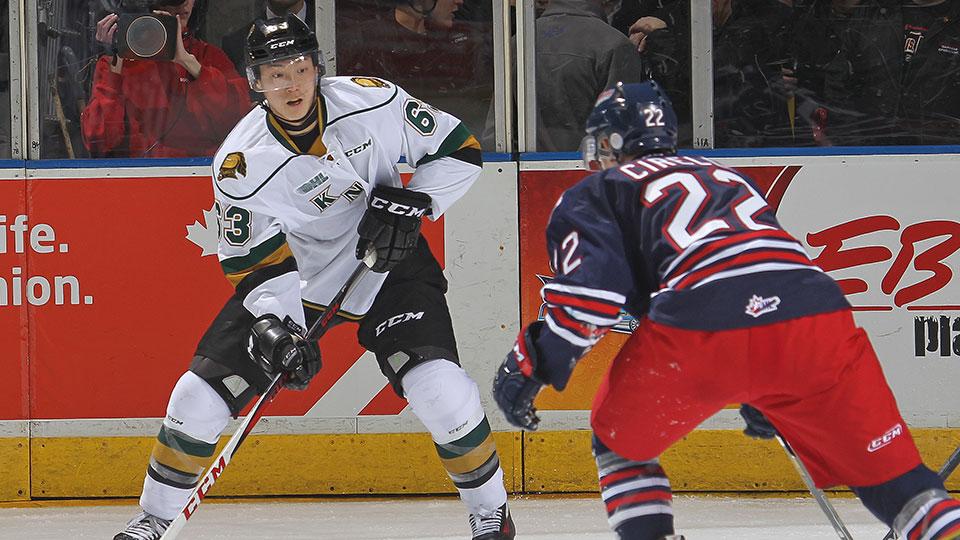 If you’ve been following our rankings, you might be saying “Cliff Who” when noticing a meteoric rise. Take our word for it when he say he’s deserved every bit of the recent hype, delivering clutch play and two-way dominance for a London team almost anyone would have to scratch and claw their way to ice time. Why is he special? Pu’s big, fast and can fire off a very good shot. But the biggest eye opener was how he was able to produce with limited minutes and next to nothing in offensive zone starts and/or power play time.

When London’s big names (Tkachuk, Dvorak, Marner etc.) were at the WJC, it was Pu and Max Jones who ran the offense. Pu doesn’t have high-end hockey sense, but he busts his tail on every shift and learned how to use his length and quickness to cause problems for opposing defenders. There’s a good chance he blossoms with more responsibility, but his upside is somewhat of a mystery since he was buried behind several of junior hockey’s top players.