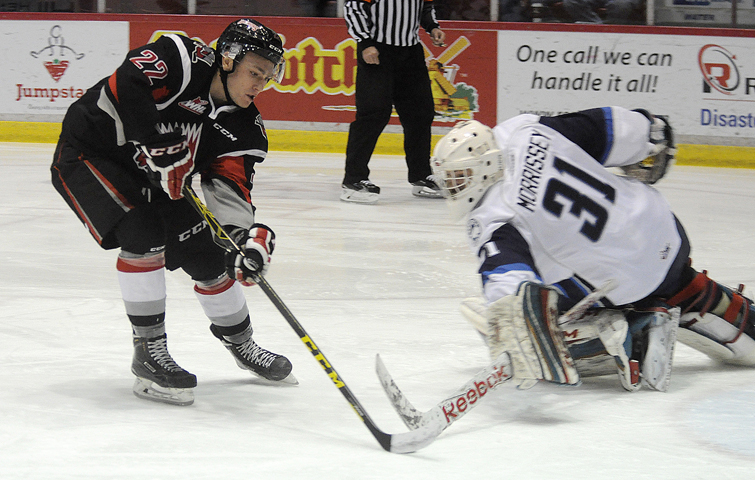 Gregor is a three-zone roadrunner who screams sleeper, as he bounced back from an injury-plagued rookie season to distinguish himself among Moose Jaw’s forest of elite forwards. He is easily at or near the top of a very talented group of draft-eligible penalty killers, but what makes him worthy of a significant leap-frog are his speed and versatility. Gregor is ridiculously skilled, making plays at high speed and taking advantage of his linemates’ strengths. He’s a disciplined player who makes smart decisions and rarely do you see him fumbling with the puck if the game is close. Gregor has a very good wrist shot — he can pick corners or pump one inside the far post on his off wing. But he can also dish the puck as well — His 30 primary assists tied for the most among the WHL’s first-year draft eligibles. And while he’s listed at only 5’11, he plays fearless and will take the shortest route to the net even if there is an opponent or two blocking his path.