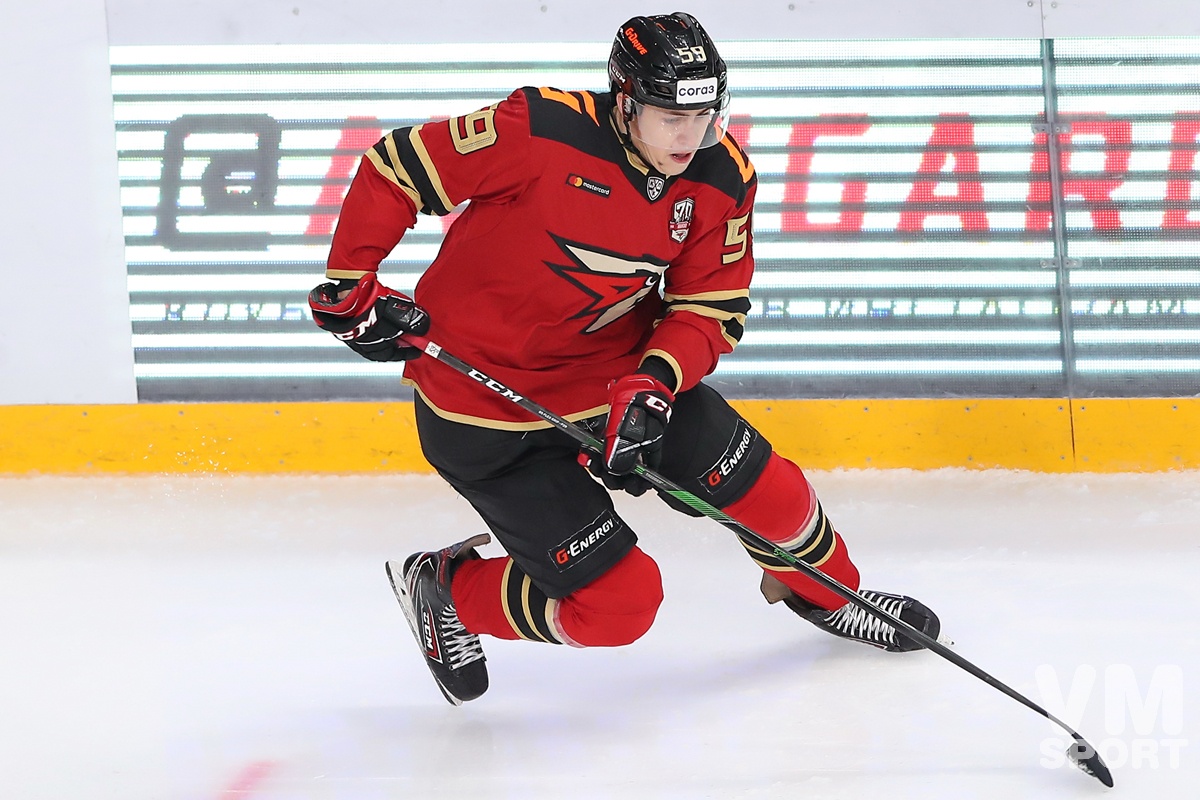 Let’s just get it out of the way — you are neither right nor wrong for being critical of the Blue Jackets’ 2020 draft class. Yes, GM Jarmo Kekalainen and scouting director Ville Siren should most certainly be trusted for their abilities to buck conventional wisdom and draft players who become NHL contributors. But Kekalainen also warrants criticism for the idea that he did not gauge of the market correctly when over-drafting Russian overage winger Yegor Chinakhov (pictured) via the 21st pick. Kekalainen also may have been under the impression that several of the many NHL teams who were scouting Chinakhov would have been just as eager at taking him in Round 1 as Columbus was, thus making it fair to speculate that Chinakhov was a target of several pro-Russian teams picking immediately after the Jackets. Overall, the Jackets picked players I was either high on (Chinakhov, Samuel Johannesson) or understood the potential (defenseman Samuel Knazko, winger Mikael Pyyhtia). Although they now owns a Euro-centric draft class with zero Americans or Canadians, the Blue Jackets usually find a way to get to most out of these kids.

The Jackets have roped line drives with several recent picks out of Russia in Kirill Marchenko, Dmitry Voronkov, and goalie Danil Tarasov, so you know they did their homework with Chinakhov. Granted, he went at least a full round higher than expected, but his mind, hands, and feet simply work too quickly for opponents to catch up. If there was a one-touch pass competition among draft eligibles, Chinakhov would probably win it blindfolded since he’s already used to delivering no-look dimes during game play. He has serious scoring potential but also kills penalties and hustles all over the ice.

Slovakian born but Finnish trained, Knazko was a steady top-four defender for a deep TPS junior team that at one point featured Detroit third-rounder Eemil Viro. Knazko is more aggressive and creative as a puck rusher and playmaker, and there were several examples of him being more assertive and physical than older beefier partner David Mudrak. I won’t go as far to call Knazko a complete defenseman, because he definitely opts for the offensive aspects when given the choice. But he finishes his checks and shoves hard, and he does not shy away from board battles. Knazko has power-play quarterbacking skills and loves to hammer the puck without hesitation.

When I first saw this kid’s name pop up in a couple of box scores, I got the impression that he was mostly a scoring forward. But a deeper dive into his game saw not only his creative side, but also the ability to impact shifts when away from the puck with hustle, determination, and occasional physicality. Pyyhtia is not some finesse type who hangs on the periphery — kids like that would get eaten alive under head coach John Tortarella. To the contrary, Pyyhtia plays a tough 200-foot game where his speed and anticipation work in concert to shift possession away from the opponent.

A big-bodied puck mover from Norway who had his ups and downs as an OHL import, Bjorgvik-Holm had his opportunities for flash and dash limited since he was paired mostly with 2019 first-round pick Thomas Harley — one junior hockey’s most active defensemen. I always pegged Bjorgvik-Holm as a later-round option because of there was a lot of work needed in areas beyond size (6-foot-2) and multi-directional mobility. With Harley expected to return in 2020-21, the liklihood increases that Bjorgvik-Holm will again be his partner on the top pairing.

Like Chinakhov, Johannesson was one of my top-rated overagers (No. 5), so I champion this selection and then some. There is a lot to like beyond the fluidity and grace being displayed during Johannesson’s end-to-end rushes; specifically his one-on-one defense and keen instincts that quickly turn an opposing cycle into an immediate counterattack. There’s a quiet toughness about Johannesson and you rarely saw him look indecisive or intimidated under the pressure and ferocity of a physical forecheck.