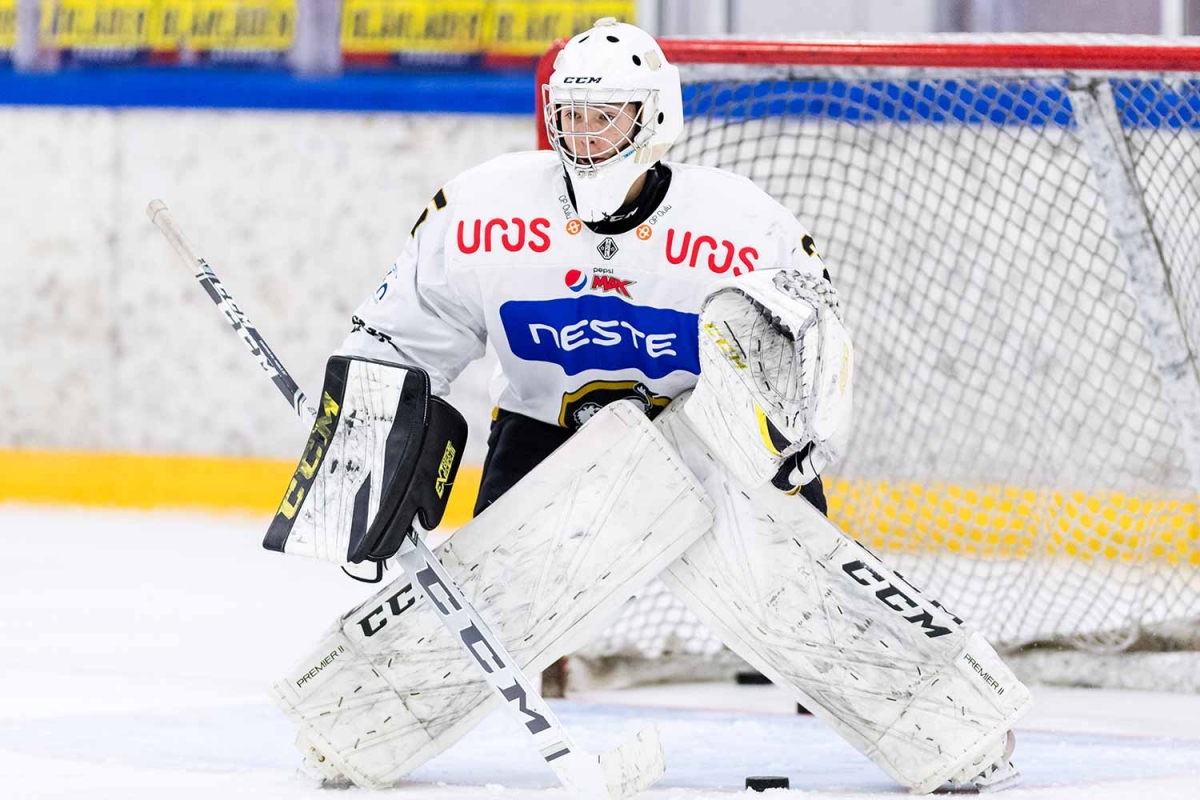 In what must have been a whirlwind experience for Penguins fans, the draft quickly went from the excitement of owning a lottery slot (and a shot at Alexis Lafreniere) to yet another year without a first-round pick. And while we will continue to debate whether the acquisition of Kasperi Kapanen from Toronto for the 15th overall selection was worthwhile, it’s important to acknowledge that at a minimum, the Pens at the draft were still able to address at least one of their prospect pool’s critical needs. Granted, it was goaltending that took center stage for their Class of 2020, as Pittsburgh used each of its picks in Rounds 2 and 3 to draft promising netminders in Joel Blomqvist and Calle Clang, respectively. That makes nine goalies drafted since 2015, but none had the upside of Blomqvist, who should be Finland’s goalie at the next WJC.

The Penguins finished up Day 2 by grabbing three forwards; the most excitable being WHL’er Lukas Svejkovsky, who  turned up the production after being traded from Vancouver to Medicine Hat. Latvian import Raivis Ansons has a nice frame and can serve as a dual threat from the wing, and NTDP centerman Chase Yoder is one of the top defense-pure pivots who was available. In a way, these three forwards would make a formidable line considering their differing yet complementary skill sets. But outside of Blomqvist, all have a long ways to go before we can come close to penciling one into an NHL lineup. One trend to keep an eye on is the defense — if you count the trade of 2018 second-rounder Calen Addison, the Pens have only one defenseman under organization control from the last three drafts combined.

Always considered a top goalie target for the 2020 draft, Blomqvist checks a lot of blocks in multiple areas. For starters, he’s already been a No. 1, and not only the primary starter for his club team, but also for the national junior squads at the teenage level. Blomqvist had a very stingy team  in front of him, but you don’t finish with a save percentage over .930 (and over 34 starts) without having a strong grasp of the position’s technical aspects. There’s a quiet confidence about Blomqvist’s style, which is more stand-up than crouched and certainly devoid of unnecessary movements or gambles. This one’s definitely a keeper (no pun intended), but we’ll all just have to pray the organization keeps him around beyond the next trade deadline.

This was a surprising pick because the Pens had already drafted a goalie one round earlier and there were many prominent skaters still available. Not that Clang isn’t a fine prospect — he was one of the top goalies in the J20 Superelit loser’s stage and did so while facing a ton of rubber. Like Blomqvist, Clang also appeared at multiple international tournaments, albeit as Sweden’s backup to 2021 draft prize Jesper Wallstedt. The coverage of the bottom half seems more consistent than what he handles upstairs, but he’s an otherwise clean and dependable goalie. Whether or not he was picked too high at 77th overall remains to be seen, but there definitely were similar options available in later rounds.

I was so happy when I heard Svejkovsky’s name called because there was never a point during his draft year where I felt he was getting the recognition he deserved. Even as a role player for Vancouver, the energetic forward always seemed to pull off out-of-your-seat moves that either got him into open ice or unabated to the goal. As stated in the opening, the trade to Medicine Hat is what really helped Svejkovsky in the exposure department, as he was not only on an exciting team but also one that afforded him the opportunity to shine. Keep in mind, however, that most of his points came during 5v5. He’s got the speed, the moves, and the work ethic to become an instant fan favorite no matter what league he’s playing in.

Ansons was not your typical CHL import in that he played pretty physical in addition to serving as a top-six scoring option. He’s not a crease crasher off the rush but he does seem comfortable (and effective) at operating in front of the net and battling hard for positioning. The only drawback to his season with Baie-Comeau was that only four goals were scored at 5v5 in over 60 games. Call him a power-play specialist, and I’ll bite. But Ansons needs to get quicker and be a more consistent threat at even strength.

Checking centers on the NTDP don’t have as thankless a job as one would think. Not only does the coaching staff consistently use different looks on each line, but you have to figure most scouts know any player earmarked for a depth role on an all-star team is still an all-star; at least in junior hockey circles. Such was the situation with the Texas-born Yoder, who tackled all the tough assignments you’d expect from a 200-foot pivot — late/close draws, top penalty killer, and shadow or shutdown duties. He’s listed at 5-foot-10 and 177 pounds, but Yoder plays like he’s three or four inches taller. He has a strong upper body and powerful leg drive to help him succeed along the boards, but he’s quick-witted and talented enough to make those necessary band-bang setups off of scrums. There’s no doubt that he’ll fit in perfectly with Providence College this coming season.