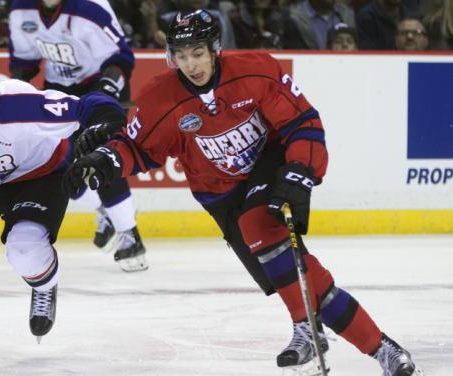 A prodigious playmaker with breakaway speed and finishing abilities, Kyrou bounced between Sarnia’s top two lines and has the potential to be an impact forward. He’s battled through inconsistent play and is prone to turning the puck over at inopportune times, but he’s too tantalizing a prospect to pass over in a draft thin in pure skill. Kyrou’s what we’d call a “Spotlight Ranger” who beefed up his stock with solid all-around play at high-profile events like the U18 Hlinka, the CHL Top Prospects Game and the U18 worlds. You can say almost any skill forward in this year’s draft leaked defensive prowess from start to finish, but in Kyrou’s case, it’s a serious concern. Nevertheless, he’s a dangerous player at even strength – more so than on the power play, as only five of his 51 points came with the man-advantage. He can play either center or wing, and won close to 50 percent of his 301 faceoffs (72 percent in the postseason).