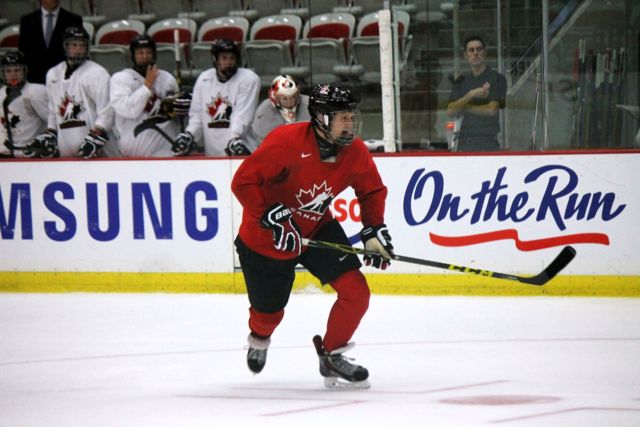 You might as well start calling him Mr. Touchdown, because watching this South Bend-bound monster on the ice is reminiscent of a bruising tight end who always finds the end zone. Morrison was named the USHL’s 2016 top rookie after winning the OJHL Rookie of the Year in 2015. He’s a classic power forward with a strong desire to get to the net and position himself to receive the puck in optimal scoring areas. Morrison, who boasts a heavy, accurate shot, plays like a bull in a china shop, but it’s generally done while under control and with his head up at all times. He can play either wing or center, but did the most damage on the flank of the Phantoms’ top line. While he’s known for collecting garbage goals from time to time, his vision and understanding of play development make him a legitimate playmaking threat as well. Morrison doesn’t have good separation speed, but he protects the puck well and makes sharp cuts to buy himself an extra second or two. Only 17 on Draft Day, Morrison will continue to bulk up as he utilizes the NCAA schedule while playing against older opponents.