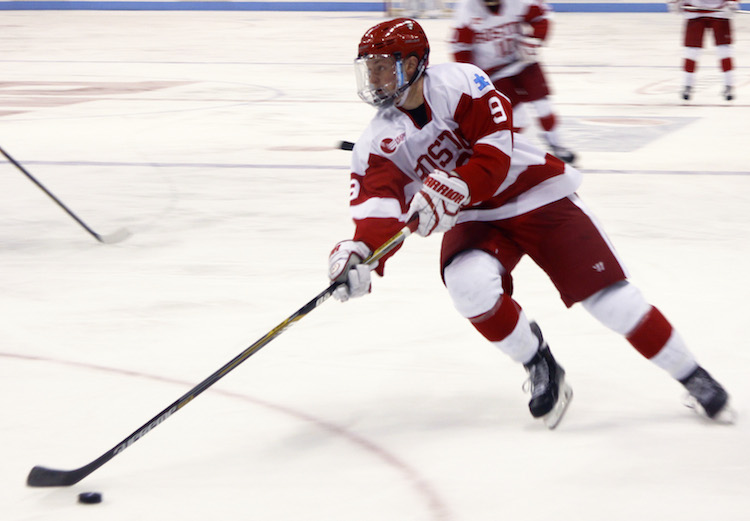 Arguably the most complete player among his peers, Eichel is a unique blend of power and finesse with a thorough understanding of the game. His arsenal of skills, however, is not the sole reason for his high standing. He is a born leader with a tremendous desire to succeed and leads by example. He has an uncanny ability to change the complexion of a game at a moment’s notice with or without the puck. Possesses a heavy, accurate shot with a quick release, and is adept at getting it through screens and clogged shooting lanes. Does not need backswing to generate velocity, and the deceptiveness of his off-wing wrist shot is reminiscent of Mark Messier. He is an excellent skater with breakaway speed and NHL-caliber leg drive. Eichel can also cover a lot of ground in little time. Tremendous playmaker with superior vision, Eichel finds the open man, even with his back turned while drawing two or three defenders towards him. He is an outstanding puck handler with a variety of moves to beat you one-on-one or one-on-four. Is a great option in the defensive zone due to his long reach, excellent faceoff abilities and strength along the boards. While his play in the defensive zone as a whole is solid, he must improve on slot coverage and knowing when to release. May come across as cocky but he is an unselfish player who relates to his teammates. Big game player who elevates his game when the pressure’s on.