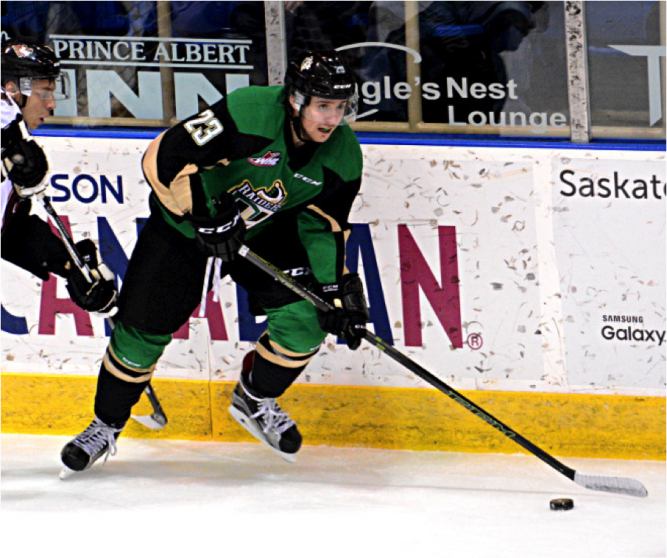 Stransky is a mature, shifty playmaker whose pass-first mentality masks his underrated shot and goal scoring capabilities. He started off red hot with Prince Albert to earn a spot on the Czech Republic’s junior team, only to return for a good — not great — second half with the Raiders. Nevertheless, he’s a puck hound who can stubbornly control the disc in order to wait for options to appear. Stransky is a pure passer and excellent stickhandler, using a variety of tricks to deceive opponents into making the improper choice. He’ll hold on to the puck for quite a while in order to overload the strong side, only to backdoor a set-up to a wide-open teammate. His 25 primary assists were fourth among the WHL’s first-year draft eligibles.

He can play physical when necessary, looking engaged although seeking loose pucks rather than create them himself. Stransky is quick to transition up the ice, and the lack of elite breakaway speed doesn’t lessen the opportunity for him to create or exploit odd-man rushes. He’s guilty of playing too cute, and it seems like most of the quality chances he creates are of the common sense variety – find the open man, pass it to him with accuracy. Stransky was productive running the point on a Prince Albert power play that collectively struggled.