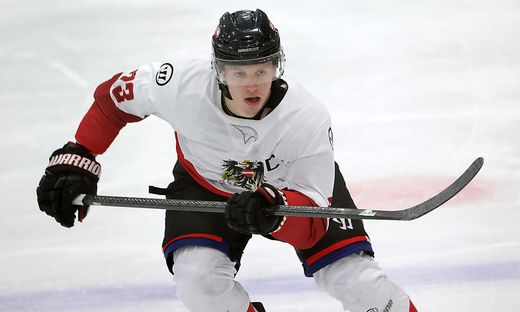 Few teams have had as active an offseason as the underachieving Minnesota Wild, whose response to yet another early-round defeat was the jettisoning of forwards Eric Staal and Luke Kunin to Buffalo and Nashville, respectively. The latter move is more germane to this discussion, as a pair of higher-round 2020 picks went back to Minnesota (plus veteran center Nick Bonino and his expiring UFA deal). Overall, GM Billy Guerin did a lot of wheeling and dealing with his draft picks on Day 2 after he already secured playmaking center Marco Rossi (pictured) with the ninth selection in Round 1. Therefore, the Wild went from a team who before the draft had six picks and no third rounder down to five choices —  including two high second rounders and a high third. On paper, it certainly appears as if Guerin and new scouting director Judd Brackett had a “type”, as all three forwards taken plus the two defensemen can all move with the puck and make plays. Don’t look now, but Minnesota’s prospect pool is bulking up substantially.

In case you were looking for an opinion on the matter, the Wild got good use out of playmaking center Mikael Granlund after drafting him ninth overall in 2011. Why is this relevant? Because Granlund was the last player Minnesota selected in Round 1 who was listed under six feet tall. Rossi has similar elite puck skills but also battles hard and contributes in all three zones. While it’s obvious his vision and passing make him a candidate to man the half wall on Minnesota’s power play, Rossi’s two-way play and faceoff proclivity should also add penalty killing to his job requirements. And good luck trying to knock him off the puck, let alone steal it from him. It’s just a matter of time until Rossi’s size becomes a nonissue.

This dizzying playmaker who plays a 200-foot game was a favorite of mine since the midseason, where he was ranked in the top 15 and stayed there throughout. We’ll have to wait and see if the decision by most NHL clubs to go with bigger, brawnier North Americans in Round 1 will come back and bite them in the tuchus, but Wild fans at this point should be proud that their farm system now possesses two of the draft’s top playmaking centers in Rossi and Khusnutdinov. Although the KHL contract of 2015 draftee Kirill Kaprizov drove people crazy for almost five years, my gut tells me it will be a lot easier (and quicker) to get Khusnutdinov to come to North America. This pick was acquired in the aforementioned Kunin deal, so it’ll be open for scrutiny one way or another.

Logic pointed towards the Wild drafting at least one defenseman in 2020; mostly since they only took one last year (sixth-rounder Marshall Warren) and likely felt the need to redeem themselves from the 2018 reach on Filip Johansson. O’Rourke’s game is clean as a whistle, and he is a complete three-zone defender who quickly switches from shutdown responsibilities to puck rushing. There was legitimate reason to think he was going to go in the first round, and for what it’s worth, O’Rourke is the first North American-trained rearguard the Wild drafted in either of the first two rounds since taking Matt Dumba 12th overall in 2012.

Hunt is a promising two-way defender for several reasons, and at one point he was considered a strong candidate for Round 1. His scary skate-cut injury notwithstanding, Hunt’s draft year was pretty solid for Moose Jaw and he played the role of No. 1 quite well. Truth be told, I wasn’t a fan of the move Guerin made with Detroit to move up five spots and draft Hunt since the two picks acquired by the Wings — 69th and 151st overall — were used to take similar strong defense prospects in Eemil Viro and WHL overager Alex Cotton. On paper, the Viro-Cotton combination wins handily over Hunt by himself, but then again, the edge on skating, quickness, and mobility all belong to Hunt.

The way in which Guerin and Brackett acquired this offensive forward — i.e. trading a sixth rounder and a seventh for a fifth — will get my stamp of approval 10 times out of 10. Not only was Novak worthy of cracking my top 100 (he ended up being ranked 111th), but he easily was one of the more consistent CHL imports in terms of scoring and showing off-the-puck reliability. If you’re going to deal away assets to move up, then make it a home-run swing for a kid with point-producing acumen rather than a lumbering checker or stay-at-home defenseman. Novak isn’t big (5-foot-9) but the WHL learned quickly not to underestimate him.