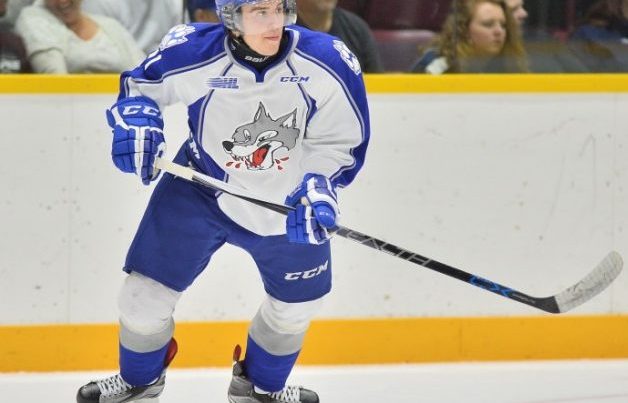 A super-skilled winger with good speed who can also fill in at center, Lyszczarczyk had a fine season in Sudbury, finishing sixth in OHL rookie scoring with 50 points in 67 games. At 6’0, 185, he’s got the kind of size an NHL team can work with, as he’s already a very good playmaker and owns an excellent shot that he needs to use more. Born in Poland and raised in North America, Lyszczarczyk tore up the Czech junior circuit before signing with Sudbury as a free agent, then performed as one of the top players for Poland at this year’s Division I U18’s. He can play in the trenches and shows interest in fighting tooth and nail for loose pucks, but building upper-body strength and learning the intricacies of three-zone play will make him tougher to deal with beyond the puck artistry and hard shot. Lyszczarczyk is at this point a one-dimensional point producer who can be entrusted with power play duties but nothing during penalty kills and late-game lead holds.